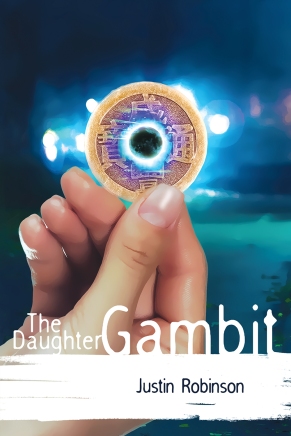 It makes sense in context.

My first attempt at a League of Magi comic book story was a globe-trotting affair starring some of the characters that have already played a part in Coldheart. It was terrible. Like, unreadably bad. Characters reciting “as you know” exposition at each other, battles with fuzzy stakes and even fuzzier parameters, and worldbuilding hurled at the reader like a Nolan Ryan fastball. The one thing it did do was introduce the world all at once, so that the reader could understand the sandbox I’d made for myself. I’d call it a case of good intentions and abominable execution.

Then I decided to pull back and introduce the world as a human being might stumble into it, as detailed in the aforementioned Coldheart. The next story would span most of the other organizations, and be entirely different from my first, abortive attempt. This story, called Clay Soldiers, was more of an action tale starring the cannon fodder of the League on a desperate mission. I liked it. I thought it was pretty darn good. But it needed more foundation. It needed a story to bridge the gap for it to make sense in the larger construct.

The Daughter Gambit is that bridge. League of Magi as a project is all about how every character is the protagonist of their own story, so that a single individual can be the hero of one story, a supporting character in another, and the villain in the third. Chris Black, our own Coldheart, needed that entire transition. I also wanted to introduce the hero of Clay Soldiers and provide a bit of the backstory for why he is how he is. In addition, the villain of Clay Soldiers needed time in the limelight, so that his motivation in that novella would make sense. Lastly, Teotl needed a story of her own. She’s one of the more interesting presences in that first novella (to me anyway) in that she’s an antagonist, but it’s also clear that she’s not evil. There’s a strong argument to be made that she’s the nicest person Chris meets on his journey. Their connection interested me, and so I wrote a story to explore it a bit more.

That’s the fun part about being a writer. Find something interesting? You get to make up more stuff about it.

Because Clay Soldiers had already been planned out at this point (half-written as comic scripts and the rest outlined), I already had my players. My “hero” organization would the Butterfly’s, so they would be the antagonists in The Daughter Gambit. I’d shown off the Diabolists with the Twins and Sorcerers with the Priestess in the League, and now it was time to introduce the Necromancers.

As appropriate for a power based in the Far East, I drew on some of the folklore, traditions, and pop culture to build out the mythology of the Butterfly. Most obvious is probably the appearance of her ghost Servitors, who look like they stepped out of a J-horror flick. They basically did. What can I say? I like those movies, and they’re a fun take on ghosts, which in western traditions, have been a bit hidebound.

Necromancy is fundamentally about the soul. Theurgy, the Art of Rose Cross, is about the mind. So I needed to draw a distinction between the two. Pure soul is about desire and emotion. That’s why ghosts are so unbalanced and weird. They can’t really think rationally so they’re in the constant grip of intense feelings. When I was puzzling out how the Necromancers compelled their service, I came up with the idea of Masu Stations (I got the term “masu” for a samurai’s pay). Allowing the ghosts to indulge their biggest passion gave them an interesting hook, and created these houses of horror the Butterfly has to operate in order to keep some of her most dangerous troops in line.

There’s a hierarchy in the Underworld, which is apparent in the person of the Pale Lords. These are ghosts, usually older though not necessarily, who have accumulated great power by resolving their torments in life, and creating a sense of resonance with the “real” world. (Don’t worry, this will be explained more in subsequent stories.) As a ghost grows in power they begin to manifest more individuality. Their features begin to look more like them, and they show some kind of evidence on their bodies of what caused their deaths.

In the novella, I introduced the idea of Prodigals and Scions, so each would get a short story about them. “Children of the Snake” was a way to look at how Scions (though super, crazy illegal by the laws of the League) do exist and can function in their way. It also gives Shahmeran a little bit of depth and an interesting way to get her in trouble and a potential secret weapon against her enemies. “Conservation of Light” talks about the Prodigals a bit more and gives some contrast. We saw how the Twins deal with at least one example, now we see what the Priestess does.

“Forever for a Moment” and “Until There’s Nothing Left” are love stories, and those are difficult for me to write. They’re not my wheelhouse, but they need to be there in the fabric of the world. Love is a strong motivator, maybe the strongest one of all, and the members of the League are human beings or close to it. Logically, they would crave some kind of contact. I wanted to show that it’s nearly impossible for them to experience love the way normal humanity would. Any romance would be tied up inexorably in the Art through which they manipulate the world. I thought it was a nice bit of symmetry to use both Apprentices featured in “Wait,” so we can see what their lives are like when they’re not being diplomatic with each other.

“Playback” continues the theme of having one espionage story per book. I thought it would be fun to contrast the high magic of some of the world with what amounts to almost a crushingly mundane office situation. This also establishes an example of what a League intelligence bureau looks like.

Of all the stories I did for this collection, “Wooden Faith” caused me the most trouble. I decided partway through that the bakru can’t actually see the way we do since they don’t have, by a strict definition, eyes.. While this doesn’t matter for their introduction (one has a brief role in “The Menagerie), when you’re doing a story from their point of view, it informs literally everything you write. That one had to be torn down multiple times before it arrived in its present state. It was supposed to be an easy one too, just showing what it’s like when one organization has a replacement on hand for its bitterest enemy. Santa Orisha has been driven a little insane, but she’s not paranoid. She knows the Twins wouldn’t mind her dead.

The Daughter Gambit started as a simple bridge, but it gained outsized importance in my head and for the future of the stories. Teotl is far closer to a traditional protagonist than Coldheart can be, and she has concrete goals and complex motivations now. At least, that was my attempt. I ended up being quite proud of this story and plan to return to her frequently.

Don’t worry. The rest of the world gets introduced in the third book.

Author, mammal. www.captainsupermarket.com
View all posts by Justin →
This entry was posted in Level Up, Puffery and tagged Coldheart, League of Magi, Liner notes, The Daughter Gambit. Bookmark the permalink.