Admit it. You kind of want to see it now.

Holy shit, did you know dreams are real? Not like, “Hey, I had this dream, and it happened,” and you’re all, “Please don’t tell me another one about you eating nachos with Margot Robbie.” No, I mean somehow, in China, someone created the technology to transfer an actual dream onto film. That’s the only way I can explain 1982’s Pink Force Commando. Every other explanation somehow involves Cthulhu. Possibly eating nachos with Margot Robbie.

Tagline: Seriously? You think they bothered with a tagline?

Guilty Party: I can only assume this is the work of Dr. Morpheus, who once held the world hostage with his Dreamulator Armageddetrix. After the United Nations paid him his billion dollar ransom, he apparently retired from villainy to make movies in Hong Kong out of the truly insane dreams he harvested in his bid to take over the world.

Synopsis: When I say this thing is like a dream, I mean it. Down to the point where you wake up, and you’re like, “How the fuck did I get here and why did I just pee for like six hours?” The entire movie opens with a shot that it takes a good hour to explain, and even then, I have no earthly idea what it’s doing here. It’s a a woman in a white halter top, looking like she can’t decide if she’s singing backup for Stevie Nicks or fighting Magneto, posing on a mountain at night.

Then it’s daytime. At a farmhouse. The army, led by a guy they call Pig Commander so that’s what I’m going to do, closes in on an all-female gang of thieves hiding inside. They’ve stolen some money or something. Jackal, the ostensible leader of the ladies, who sort of dresses like Che Guevara after someone gave him a Michael’s gift card, hatches a plan. Everyone else distracts the army, while she and her number two, Cat, escape with the loot. In a year, they all come back to the farmhouse and split it up.

Who would actually go for a plan like that? The ladies readily agree, making me think that Jackal specifically recruited from a head trauma ward. Jackal and Cat escape, but then it turns out Jackal and Pig Commander were secretly in cahoots. They steal the cash, leaving Cat behind.

Cat then is suddenly on an island. She’s grown out her hair and started dressing like a supervillain who exclusively attacks casino grand openings. She recruits a character named Dynamite Susie (more on that later), and they rendezvous with Rebel Angel (the only survivor of the original gang) at an Old West town that’s perpetually in the middle of Chinese New Year. Jackal and Pig Commander used the loot to found the town.

The gang confronts Jackal, and after some initial gloating, Jackal decides to make things right. By hacking off her fucking arm. Which… nice gesture, I guess, but an arm isn’t going to pay any student loans. I’m just going to assume that anyone calling herself “Rebel Angel” has student loans.

Pig Commander is annoyed, because he likes his ladies symmetrical. Still, he decides they can all get rich by stealing a giant diamond that somehow exists. They head out to get it, but the whole thing is a trap by Pig Commander. The diamond was a fake. Oh yeah, the Woman in White from the first part is back, and she’s a good guy? I don’t even know anymore. All I know is Tom Hardy is dressed up like Tom Berenger and trying to get me to make up with my dad.

Cat, Rebel Angel, and Dynamite Susie get captured, but a wounded Jackal escapes, only to be rescued by a Sergio Leone movie. Yeah, there’s a laconic badass cowboy who lives off in the wilderness because fuck you Steve, I’m not taking notes on this script anymore. This character, The Heartbroken Man (yes, that’s seriously his name), nurses Jackal back to health, and why not, makes her a robot gun hand.

I need to repeat that, so it doesn’t get lost. A SERGIO LEONE COWBOY MAKES JACKAL A FUCKING ROBOT GUN HAND.

The newly encyborged Jackal breaks her old gang out of the clink and steals a map to… something. Who knows? It’s important to the plot but not important enough to explain. Then the whole group of them join the Woman in White at this town. I’m unclear. Were Pig Commander and his Ninja Leader going to attack this place, or did they make the call only after the map ended up there? Who knows?

A giant fight follows and everyone dies. Only the Heartbroken Man lives on, and he’s sure to ride into the town and then ride out just long enough so that he can ride away from an explosion. The Heartbroken Man does not fuck around.

Defining Quote: “It’s an omen! The dying man will see the Heartbroken Man!” This is said on the way to get the giant diamond that doesn’t actually exist, and it’s the second time we see the Heartbroken Man (the first was after a minor ninja attack). How do omens already exist about this guy? How does everybody know who he is? Does everyone who sees him die? Actually… I buy that. He’s pretty badass.

Standout Performance: The only person I recognized here was Sally Yeh, playing Dynamite Susie, who basically comes off like if Daisy Duke had an unlimited supply of dynamite and an extremely limited supply of fucks. Yeh is most famous as Jenny, the blind girlfriend from The Killer, one of the greatest action movies ever made. I wonder if John Woo cast her after seeing this one?

What’s Wrong: That is the most coherent synopsis of this film you will ever read. That should tell you something.

Flash of Competence: When Pig Commander’s army marches on the village to get the map, the Anvil of Crom starts to play. That’s the Basil Poledouris-composed theme to Conan the Barbarian, a.k.a. one of the most ball-shatteringly awesome pieces of music ever to emerge from the all-shining womb of the godhead.

Best Scenes: The scene where Cat recruits Dynamite Susie is like the movie decides, you know what? Time to start over. They’re on this tiny island, Cat is unrecognizable in her cape and jumpsuit, and Dynamite Susie won’t stop blowing everything up around her like she’s a redneck version of Tim the Enchanter. Here’s the weird part: Cat has a whole army of mooks with her, that Dynamite Susie casually blows up. I get that Susie’s clearly better than them, but maybe don’t throw away the army you’ve built just because you have a crush on an attractive woman in cut-offs?

One of the most dangerous villains in this movie is a character I refer to in my notes as “the Motorcycle Enthusiast.” We first encounter him as a leader of a gang of toughs in Jackal and Pig Commander’s city, where he wounds Rebel Angel. She gets her revenge by beating him mercilessly later. Then he shows up again and fucking crucifies Rebel Angel before the final battle! He’s finally killed in the end when the Heartbroken Man beheads him. I don’t know who this guy is, but he had to be killed like the goddamn Highlander.

Jackal’s town has a standing ninja bounty. Makes no sense until you see that the forests are literally infested with the bastards, like deer ticks or something. But instead of lyme disease, they’re giving out throwing stars. So Cat goes out to collect, and who should she meet but the Heartbroken Man, who’s gunning down ninjas like it’s his hobby. The thing is, he doesn’t collect the bounty. Is… is he hunting ninja for food?

Transcendent Moment: I’m partially convinced this movie is pretending it’s in America, or at least as section of the source dream was. Because, among Pig Commander’s army is at least one Klansman. That’s right. There’s a member of the Ku Klux Klan with the bad guys. The thing is, in China I guess you can’t get proper Klan robes — there can’t be much of a demand there — so this guy clearly made his own. And he ended up with a nipple on his head. He looks like a Klansman with a reservoir tip. 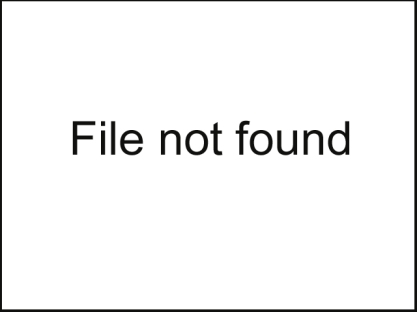 Yeah… that’s probably for the best.