Tread Perilously — Doctor Who: The Day of the Doctor 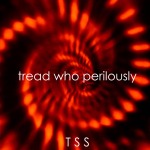 Tread Perilously returns to Doctor Who! But to begin another set of episodes with the famous Time Lord, Erik presents Justin with the 50th anniversary special, “The Day of the Doctor.” Intended as an example of treading safely, the episode may not have been a complete success.

The Doctor must face his past (literally) when his incarnation from the Time War debates the ultimate choice to end the war and destroy his home planet. Also, David Tennant‘s Doctor joins in as he remembers that terrible day.

Justin and Erik discuss its suitability for new viewers, the presence of John Hurt as the War Doctor and the Tenth Doctor’s ego. They also consider the problem of the Time Lords as a story concept, the nature of time travel and the strange predicament of regeneration. Christopher Eccleston and Paul McGann are missed.

Erik Amaya is the host of Tread Perilously and the former Head Film/TV writer at Bleeding Cool. He has also contributed to sites like CBR, Comics Alliance and Fanbase Press. He is also the voice of Puppet Tommy on "The Room Responds."
View all posts by Erik →
This entry was posted in Transmissions, Tread Perilously and tagged christopher eccleston, david tennat, doctor who, john hurt, podcast, Tread Perilously. Bookmark the permalink.