If you listen to the weekly podcast I co-host (blatant plug!), you’ve probably heard me harping on pacing. It’s one of the most important skills in writing, and in a cruel twist of fate worthy of O Henry and Oh God, You Devil, one of the hardest. Basically, this is the ability to have your story move along at roughly the right clip, so the audience is never bored or overwhelmed. By far the most common problem is when there just isn’t enough story to justify the running time, and the few events get stretched out like taffy, or the screaming worker who just fell into the machinery at a taffy factory.

This, of course, all depends on whether or not you have the same story in mind as the creators. This week’s Lifetime movie, Into Dangerous Territory, was part of Lifetime’s Halloween-themed programming. That’s right, I’m only just getting around to stuff I recorded last Halloween. This is part of my ongoing thesis that Lifetime is actually a horror network with the audacity to craft programming for women ages 35-70 in clear defiance of God’s law. The problem is, as soon as I craft a rule, such as my much-lauded Insane Foreign Businessman Auteur Theory, I will inevitably find a baffling exception that should not exist, like a refrigerator full of spare clown parts.

The synopsis of Into Dangerous Territory, suggested one of those Man vs. Nature films where aging stars pit themselves against the wilderness, usually in the form of an aggressive bear. They spend the bulk of the running time trekking across unforgiving but lush pine forests, and slowly discovering things about themselves. There’s usually a little bit of moralizing about how people who live in nature are somehow more pure than the Baal-worshiping Sodomites who infest every city. For this movie, I was promised a man and a woman journeying across nature, pursued by a hungry bear and a team of drug smugglers.

The whole thing started like gangbusters. Two minutes in, and I was convinced I’d found another classic on the level of Jodi Arias or Talhotblond. Some guy wanders through the woods, stops to look at some dog food on the ground, and gets surprised by a bear. The refreshing part is that they never decide on one way to make the FX terrible. In some shots, the bear looks like an elderly puppet on his way to wherever it is they euthanize muppets. I’m not even joking here, the goddamn real bear looked fake. Then there’s a combat bear, whose trick is to stand up and roar, displaying canines that have been filed down to nubs. In most of these, the bear is composited into the shot with actors with the same amount of skill as those faked family photos in your standard procedural show. But who cares, because this Lifetime movie opens with a fucking bear mauling a guy to death.

Unfortunately, Lifetime movies are made with whatever money the network found collectively at the bottom of its purses and pockets at the end of the month. They’re not springing for the kinds of outdoor stunts and animal wrangling necessary to create something as instantly forgettable as the Anthony Hopkins/Alec Baldwin vehicle The Edge. Hell, they weren’t even springing for travel expenses, shooting what was supposed to be Alaska in what was instantly obvious as Big Bear, California.

Yeah, it was that obvious. They didn’t even bother changing the license plates on the trucks.

So what I thought was going to be action/horror actually turned into romance. Reid, a thirtyish manly outdoorsy type comes down to LA to help his college pal Carlos pick out an engagement ring. There he meets Mia, who along with her parents, runs a jewelry store on Rodeo Drive. The two have a quick romance that gets cut short when Reid who is a park ranger or something, goes back to check on that bear attack. Mia decides to follow him up to Alaska, and they have exactly the kind of sleepy, well-lit romance you think they will.

Here’s the weird stuff. The actress who plays Mia is clearly in her forties, but she’s treated by her parents (and largely, the script) like she’s 26. It’s possible the role was written for a younger woman, or the writers were making a clever point about the infantilization of adult women in culture. Who am I kidding? This was a bit of a fantasy: the mid-forties woman hooking up with a younger man. And there’s absolutely nothing wrong with that, either. Although them having a kid at the end… well, if you’re going wish-fulfillment, might as well go nuts with it. 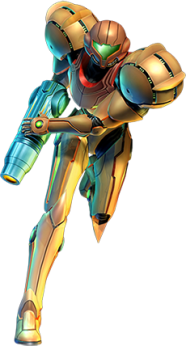 And then she fights metroids.

There are three roadblocks to the romance. The first are the local creeps. There’s Adrian, who meets Mia at the airport. He’s dressed in a bright orange jumpsuit and a gold medallion, like he’s some weird combination of a convict and a backwoods porn star. Izzy is far more menacing, who lurks around in his aging rocker gear, alternately threatening and harassing Mia. The second is that bear. I had hopes that the combination of overly-aggressive bear and drug smugglers would mean bear cocaine, but sadly no. Izzy has been feeding the bear (that’s the dog food from the beginning) and then using a cattleprod on it to create the perfect security system. You can probably see where this is a terrible idea.

The last roadblock is Pam, and this is where that whole wish-fulfillment hypothesis gets some more legs. Pam is a local park ranger type too, and she used to date Reid. Now that he’s with someone else, she’s kind of into him again. This is a perfect reason for why she might not like our perfect heroine. But no, since she’s hostile, there has to be another, darker reason behind it all. She’s in league with Izzy and Adrian.

In the last fifteen minutes, Mia stumbles across the underground pot bunker, and Izzy decides they have to kill her. His plan involves getting her stuck in a bear trap and letting the bear eat her, because, you know, accident. Three guesses as to what happens to Izzy. Reid and Pam are also out looking for Mia and everyone gets to fight. Pam shoots Reid in the leg, Mia hits Pam with bear mace, Izzy shoots Adrian (after he has an attack of conscience and tried to help Mia escape), and the bear eats Izzy.

So the last few minutes is what I thought the entire movie was going to be. The injured outdoorsman has to be carried by the city girl over miles of rough terrain while they’re pursued by armed humans and an angry bear. They end up getting caught by Pam, who is still having trouble what with getting bear mace in your eye, which is probably the second worse place to get bear maced. Mia does some hilarious bullet dodging, and wins the day. For an outdoor adventure, it was paced abominably. For a low-key romance? Actually, it was kind of paced badly for that too.

So what did we learn? Wild bears are notoriously unreliable security. When in doubt, follow the guy you met up into the Alaskan wilderness. And that woman who kind of doesn’t like you is probably involved in a murderous criminal cartel.