Merry Christmas and Happy New Year!  If you’re anything like me, you love terrible films.  In the bad movie club to which I belong, Yakmala, we’ve watched a lot of truly awful crimes against good taste.  Here are some reviews to keep you nice and warm and maybe pick an enjoyably bad flick to work off that Christmas/New Year hangover.

After Earth: Charisma is real. Nepotism is a choice.

Alex Cross: Alex Cross is here to promote family values and kick ass. And he’s all out of family.

Ator, the Fighting Eagle: A baby bear was destined to help him marry his sister

The Avengers: Mmm… quite.

Barbarian Queen: Pretty much everyone is going to touch whatever they want

Battlefield Earth: A Saga of the Year 3000: Prepare to go for the exits

Battle of the Year: Maybe one guy is watching, and not for the reasons you’d hope.

The Beaver: He’s the last nail in the coffin of Mel Gibson’s career.

Blood Freak: A Dracula on Thanksgiving!

Breakin’ 2: Electric Boogaloo: My community center is being torn down to make a shopping mall. I dance for pennies on the street, and spend all of it on day-glo rags and leather gloves. I have no health insurance and have to go to a hospital staffed entirely by strippers. I am the 99%.

Bride of the Monster: Lugosi was paid in morphine. Cheap morphine.

Catwoman: Catch her in a giant cardboard box.

The Cocaine Fiends: The white dust from Walgreens!

Color of Night: One Killer, and No, She Didn’t Gnaw Her Victims to Death With Her Giant Horse Teeth.

Deathstalker: The Grease of the Pecs… the Creepiness of Everyone…

Devil: Bad things happen because The Sixth Sense made a lot of money. 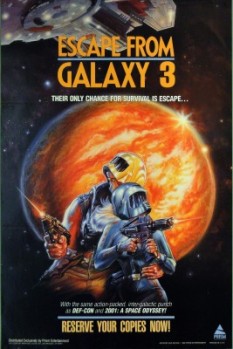 Double Down: The Bourne Incomprehensibility

Escape from Galaxy 3: In space, no one can hear you moan.

Fireproof: Women Are People Too, Just a Lesser Version

Flashdance: Take your passion, and 33% of you will make it happen!

From Justin to Kelly: The embarrassing contractual obligations of two American Idols

Glen or Glenda: The ordinary case of a man who changed his CLOTHES!

Gor: Gor! What is it good for? Absolutely nothing.

Gymkata: The skill of gymnastics, the kill of karate, the thrill of lawn care.

The Hand that Rocks the Cradle: …is the hand that punches Rebecca De Mornay in the face

In the Name of the King: A Dungeon Siege Tale: Rise and farm

Judge Dredd: The team up only 1995 could give us: Stallone and Schneider!

Kindergarten Ninja: I can think of two things wrong with that title.

Man of Steel: In the grim darkness of the present, there is only angst.

“Manos” The Hands of Fate: I’m the Master, and I Approved This Message!

The Man Who Saves the World: The Scarecrow was only half right.

Next: Nicolas Cage owes the government millions of dollars. Let’s see what he’ll do now.

Ninja Thunderbolt: We’re not racist, but…

No Holds Barred: No Shirt. No Shoes. No Homo.

North: A family comedy that makes you wonder why you have a family at all.

Plan 9 from Outer Space: Who Did What To the Who Now?

Quigley: Dog backwards is God. So this is high concept stuff.

Samurai Cop: He’s here to chew bubblegum and disrespect Japanese culture… and he’s all out of bubblegum.

Sex Madness: Keep that dick holstered, cowboy. There are laws in this town.

The Spirit: What are you, dense? Are you retarded or something? I’m the goddamn Spirit!

Starcrash: A long time ago in a galaxy free of litigation…

Star Wars Episode II: Attack of the Clones: A Jedi Shall Not Know Anger. Nor Emotion. Nor Acting Lessons.

Street Trash: Um… so… that happened…

Sucker Punch: You Will Be Unprepared (As With Most Rape)

Troll 2: The original boogeyman called in sick, so we dressed some midgets in sacks

The Twilight Saga: Breaking Dawn Part 1: Forever is only the beginning 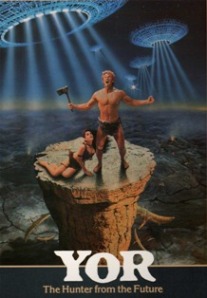 The Warrior and the Sorceress: An age of fat guys and grunting lizards… of shin-kicks and inconvenience.

Winter’s Tale: This is not a true story. True stories generally make a lick of sense.

Yor, the Hunter from the Future: He’s the man.

There you have it!  A bevy of bad for a (really) long weekend!