Lifetime Theater: No One Would Tell

I seldom tell everyone up front who’s in a specific Lifetime movie. I generally prefer to let the insanity stand on its own two legs before hitting the reader with the punchline: “Oh yeah, and it stars Phylicia Rashad, Garth Brooks, and Amy Fisher.” This week, I need to frontload the cast, because this thing is exactly what you think of when you think Lifetime, down to the pitch perfect cast of former TV stars, musicians, recognizable faces, and one truly bizarre stuntcasting decision that ties the whole thing together like a rug an Asian guy just pissed on.

You have Full House’s Candace Cameron in the lead, with Fred Savage as her meathead boyfriend/villain, Michele Phillips from the Mamas and the Papas as Cameron’s mom, and Season Hubley as Savage’s mom. Heather McComb, who guest-starred in one of my favorite X-Files episodes of all time (the one with the Satanist PTA) plays Cameron’s best friend Nicki, and Justina Machado of Six Feet Under plays the other, while Eric Balfour has a small but crucial role as a pal of Savage’s. Rodney Eastman also makes an appearance, and he is likely most familiar as the mute kid in Dream Warriors, but was in a terrible movie my cousin and I were obsessed with mostly due to its incredible TV Guide synopsis: “Teen gets respect, girlfriend with raygun.” And that stuntcasting I alluded to? That would be Sally Jessy Raphael as a judge. 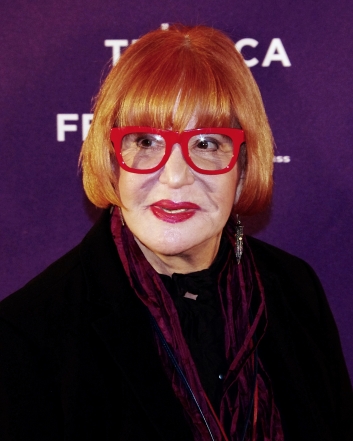 Now, it just occurred to me that a younger reader (do I have any of those?) might have no idea who any of these people are. Especially Sally Jessy Raphael, though she does have the three-name trend of young, attractive actresses from the late ‘90s. You might imagine her in a short-lived WB show about witch-hunters falling in love with witches or something. No, SJR (as she has never been known), was part of the daytime talk show trend, which reached its zenith and nadir at the same time, with former mayor Jerry Springer. Having her play a judge who reads the moral of the story to the audience in case any of them missed it, is pretty much beyond perfect.

It’s probably pretty obvious by this point that we’re in the past. While the Lifetime network is not known for nabbing stars at the height of their popularity, casting SJR now would likely lead to some confused blinking and maybe a few, “Oh yeah, I remember her… didn’t she do commercials for Old Navy?” No One Could Tell was released in the Year of Our Grunge 1996.

Watching this thing was like getting beaten with a sack of Clueless DVDs all wrapped up in a flannel shirt. The styles could have come out of a time machine, and owing to Lifetime’s more modest budget, they were considerably more accurate than other examples. They couldn’t spend a ton of money making everything up, so you got tons of baby blue jeans, high waists, big belts, belly shirts, layered hair, and I could go on, but I’m getting myself worked up here. The whole thing looked like a Delia’s catalogue.

Since this project started, it’s my first real dip into the Lifetime that most people think of when they hear that word. It’s also my first return to the ‘90s since I finished up with Blossom those many years ago. I can report now, for certain, that the network we know was definitely a thing. Unfortunately, this movie isn’t one of the parodies you’d hope for with nothing but wish-fulfillment. This one (as evidenced by the fact it needed a third act judge to tell all the characters how badly they suck) is a downer.

Candace Cameron gets in an abusive relationship with Fred Savage, which amounts to the most bizarre sitcom crossover ever. Savage also has undergone an Anthony Michael Hall in Edward Scissorhands transformation, and he basically spends the entire film working out, wrestling, or slapping Cameron around. There’s also a framing device in the beginning where Savage and Balfour drive Cameron out into the woods, then Savage and Cameron go off alone, with Savage coming back covered in blood and holding a knife. Or, as an OJ juror might say, “reasonable doubt.” Fuck you, this is 1996, I get one OJ joke. I made an Amy Fisher reference and none of you assholes batted an eye.

Where was I? Right, the bulk of the running time goes to Cameron’s relationship, which gets etched all over her skin in the form of bruises. Only Nicki really thinks anything is wrong, but her objections are too little too late, and tempered by the fact that she doesn’t want to lose Cameron as a friend. There’s a reason “don’t shoot the messenger” is an adage, and it’s not because people are forgetting to shoot that person. Eventually, Cameron dumps Savage, but he lures her out to those woods and things go bananas.

I have absolutely no idea how this body disposal is supposed to work. Granted, I don’t think the Lifetime network should turn into a how-to on murder, but a little realism wouldn’t be a terrible idea. They’re out by the lake, which is where teenagers go, I guess, when they live in a place with standing water. I’m from California, and as you might have heard, we don’t have that. At all. It’s sort of a problem.

It’s initially filmed that Cameron screams, goes silent, and then Savage comes wandering out of the woods looking like he tried to give Carrie White a pelvic exam. Then, in a flashback, we see him wrap up the body in plastic and tape, row it out into the lake, and dump it over the side. First off… that’s water, Fred Savage. You can’t wash your hands in it? Second… did you leave that shit out there? How pre-meditated was this? We never get an answer, either. Savage spends the whole movie protesting his innocence until Balfour gets an attack of conscience.

So what did we learn? Fortunately, I don’t have to think of it, since SJR flat out tells me in the end. Don’t beat or murder anyone (though she doesn’t really concentrate on this). No, the real evil was perpetrated by the friends who sat back and let this happen. Is that accurate? I don’t really know. Maybe blame the person who committed the crime, since, you know, it’s a crime and all. Just a thought.

1 Response to Lifetime Theater: No One Would Tell