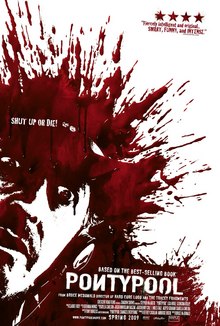 “It’s a faaaaaake!” Like one person laughed at that.

Words are constantly on the precipice of meaning. For a word to have value, it has to be specific enough to differentiate it from all other words, yet versatile enough to come up more than once or twice in a conversation. The life cycle of the word is similar to the life cycle of a star: either expanding to a red supergiant and fizzling out, or collapsing into a super dense white dwarf and just never coming up in conversation. One of the words presently undergoing such an expansion is one dearly important to both hardcore horror fans as well as casual enthusiasts: zombies.

What the fuck is a zombie? Much like porn, it’s a judgment call. You can’t quite define it, but you know it when you see it. While many pop culture observers like to place the line with Danny Boyle’s modern classic 28 Days Later, the definition has been muddled from the beginning. After all, the undead creatures in the ur-zombie classic Night of the Living Dead are referred to as “ghouls,” and never even developed their memetic love of brains until 1985’s Return of the Living Dead. We call them “zombies,” lumping them with the undead slaves of Caribbean myth (and semi-reality), to the point that a classic horror film like White Zombie is not even recognizable to modern viewers as a zombie movie.

I’m not suggesting more precision in the term. That’s a level of academic fuckery I can’t handle, or at least not in this case. No, I’m far more interested in fighting my losing battles against “alright” or people saying “nice” after any sentence. You know, important shit. The reason I bring it up is that I don’t know if I can call this week’s Now Fear This, the lean and mean 2008 horror flick Pontypool, a zombie movie.

In the loosest sense of the term, sure. The afflicted people are “infected,” a Boyle-coined term for the living-zombie variant. They’re violent, but never toward each other, and move around in mobs. Yet they’re not all that interested in biting people, and the plague is spread not through bites and scratches, but through words. It gets pretty weird, but that’s what makes Pontypool such an unexpected gem. Bruce McDonald, the director of the film, refers to the creatures as “conversationalists,” but with all due respect to McDonald (who does fine work), that’s not catching on.

Disgraced shock jock Grant Mazzy (professional scary face-haver Stephen McHattie) has been exiled to morning talk radio in Middle-of-Nowhere, Canada, after his “taking no prisoners” schtick pissed off the wrong, or enough, people. With his rugged radio voice, cowboy pretensions, crippling alcoholism, and plethora of catchphrases, Mazzy is a compelling if unpolished radio persona, and he’s stuck reading missing cat notices for an audience numbering in the three figures. He’s punching well below his weight class, but he’s stuck in a bad situation and can’t see a way out.

The horror starts as a slow burn. First, it’s a strange woman Mazzy encounters on the way to the radio station, still pitch black and freezing in the Canadian winter morning. Then the reports start filtering in of mobs attacking the offices of local doctor John Mendez, a shady figure under investigation for writing unnecessary prescriptions. The citizens in the mob are disoriented, insensate to pain, and most unnervingly tend to parrot back whatever is said around them. While Mazzy, his producer, and his technician in the radio station initially think it’s a hoax, pretty soon it’s apparent that the tiny town of Pontypool has been quarantined by the military.

The innovative part of the storytelling is, with the exception of that early morning drive, the entire film takes place inside the radio station. It allows the viewer to experience the confusion and mounting terror along with the protagonists. We know it’s probably not a hoax since this is a horror movie, and it’s never a hoax unless there’s four teenagers and a dog trying to solve the whole mystery. What I appreciate is seeing a zombie — sorry conversationalist — outbreak from a new perspective. A lot of zombie entertainment glosses over the initial outbreak simply because it’s the hardest to envision, but that’s what makes those few movies that attempt it so valuable.

Setting this particular one in a radio station is the next bit of brilliance, building on the theme of language as the true enemy. Going from the weird verbal habits of the infected, eventually Mazzy, his producer, and comic relief Dr. Mendez work out that the plague itself is a linguistic one. English is infected. Certain words get stuck in the throats of the unfortunates, and as their bodies desperately repeat them over and over to rob them of their meaning, the disease compels them to find others to infect.

That concept, of repeating a word until it becomes a useless slurry of sound, is a familiar one to just about everyone, but a horror movie hinging on such a universal idea is only obvious in retrospect. Tying it to the body’s auto-immune response has it make sense the way good movie science should: intuitively and without sweating the small stuff. The film rather heavily hints that the radio station was unconsciously complicit in the spread of the virus, lingering on the posters of that missing cat. Yes, this might be the first case of Chekhov’s cat on record.

While Pontypool is a scary movie regardless of your origins, I can’t help but interpret it as a pointed commentary on the United States. After the plague’s origin is traced to English, the characters switch to French, and although they’re not as comfortable with the tongue, they can get by. This is while America is constantly in the grips of xenophobic terror that someone might expand our Spanish vocabulary beyond the Taco Bell menu. For bilingual Canada, an infection of English is a natural disaster of vast proportions, but for the United States it would be downright apocalyptic.

Pontypool is a must for zombie fans, even if you only want to argue about whether or not they’re precisely zombies. After all, as the definition of that word grows, it becomes as meaningless as other bizarre exclamations coming from the advancing horde.

4 Responses to Now Fear This: Pontypool