Maybe the most damaging thing to the Lifetime brand is that every Lifetime movie looks, well, Lifetimey. The oversaturated colors, the wide frames, the sunlight streaming in through a McMansion’s palatial windows, and even the fortysomething actress who’s been forced from more prestigious entertainment by the ruthless demands of the box office. As it turns out, there is one thing more damaging than a Lifetimey Lifetime movie. It’s when they decide to get arty.

When this week’s entry, Liz & Dick was released in the distant year of 2012, we were all dancing to the strains of a new craze called the Mitt Romney, while the great serpent Quetzalcoatl feasted on our entrails. Ah, 2012. It really was a simpler time. It might have also been the first time social media and the Lifetime network got their chocolate all up in each other’s peanut butter, uniting what had once been a shame-ravaged nation solo-watching the new offering on a quiet Saturday night to a global party going Tom Servo on a hapless TV movie.

You could not have picked a better movie to do it with either. That’s probably what the whole zeitgeist was waiting on. Ironically, it’s the least Lifetimiest of Lifetime movies, so many of the flaws that make it such a baffling 84 minutes are unique to it. The point is, it’s not just bad, it’s not just trainwreck bad, it’s a train full of ebola monkeys slamming into an orphanage on Puppy Day bad. I can’t prove it, and doing even the slightest bit of research would unavoidably elevate the tone here past the Doritos-dust-encrusted level I like it at, but I’d imagine they actually tried to make this movie for real. Like for HBO or at least Showtime. They might even have made it, and found no one was interested. Every frame oozes the rank stench of desperation. Or possibly botox.

We should start with the elephant in the room, by which I mean Lindsay Lohan and not a literal elephant somehow cramming itself into my tiny bungalow. Lifetime has gone on record as saying that they will get every good actress “on the way up or on the way down.” While it’s tempting to say they failed and in fact nabbed Lindsay not on the way down but at the very bottom, with Buffalo Bill leaning over the lip of the cistern, lecturing her about proper skin care. (Also, threatening Lohan with hose is not effective. Ba-dum-tsh.) This is seven years since Lohan’s fall from grace, a plummet so precipitous Michael Bay nearly filmed it slamming into the Sunset Strip for Armageddon 2: This Time It’s Biblical.

I’ve discussed a bit about Lohan’s ill-fated comeback attempt when her co-star (the only one worse than her) headlined his own Lifetime offering. It’s worth stating again that while the movie is terrible, the accompanying article is fantastic. You’re always in trouble whenever the story of the making of the movie is far more interesting than the movie itself. 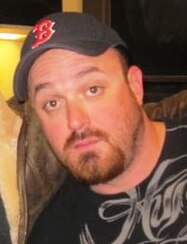 Lohan’s fall is tragic. It’s also hilarious, if, like me, you’re an awful person. As a connoisseur of trash, I am grateful for things like Liz & Dick, Georgia Rule, and I Know Who Killed Me, none of which would have been made had she embraced her destiny as a modern day Lucille Ball. Now, watching a face calcifying from plastic surgery, listening to a voice ravaged by cigarettes, and absorbing a performance crippled by hacky outbursts and Walken-esque pauses, I wonder if she was ever the star we thought she was. It’s impossible to know, but one thing I can say: Don’t watch The Canyons. That movie is terrible.

Lohan brings her unique blend of stone-faced acting, demerol energy, and disturbing anti-charisma to Liz Taylor, a woman so charismatic and vital she effortlessly seduced men into her dotage despite looking like Lucille 2. Liz & Dick tells the story of the tempestuous romance between Taylor and noted drunk who acted a bit Richard Burton (Grant Bowler, prompting one to ask, was Richard Roxburgh too expensive?). The story begins on the set of famous flop Cleopatra, when, despite both stars being married, they nearly instantly begin having the kind of sex only big time Hollywood stars are capable of. Not that you could tell from Lohan, who looks like she’s wearing a mask of herself. 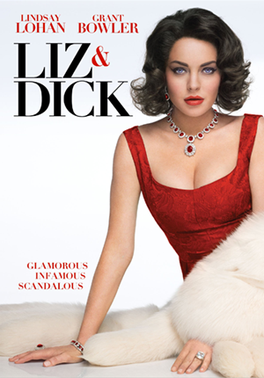 This is as animated as she gets.

The movie is also painfully aware of who it stars. While the paparazzi were an essential part of the real story, it’s impossible to ignore the fact that this is about the first tabloid fodder starring one of the most notable paparazzi burnouts in recent memory. I think it’s supposed to be a joke when one character is forced to explain what the paparazzi are to another character. That’s the problem with bad movies: when they become self-aware, they become less fun.

It’s tough to do a love story about two of the most glamorous people on the planet on a Lifetime movie budget. This movie features a level of compositing I haven’t seen since Wayne and Garth strolled along the fake streets of Delaware desperately trying to come up with the state’s stereotypes. There are numerous shots of Liz and Dick in “Italy,” but it’s totally just someone’s backyard. I wish they’d just run with it, and had them at the bottom of an active volcano, or riding some dolphins to safety, or stuck in the middle of a Hong Kong heroin deal.

The arty part I alluded to earlier is a bizarre choice of framing device. For a story like this one, a framing device isn’t a terrible idea on the surface. It’s unlikely most audiences are up for the Soderberghian technique of just throwing scenes in rough chronological order and expecting everyone to keep up. In this case, it features the two stars, all in black, on a black stage, each sitting side-by-side in director chairs. They offer occasional commentary on what’s going on, and are you fucking kidding me? Seriously, think about the madness required to think that was a good idea. Lohan never met a line she couldn’t mutter in a bored monotone, now she gets to act as her own Greek Chorus. It’s like Inception for idiots.

While it would be tempting to wrap everything up with a meditation on the ephemeral nature of fame, and the way both Lohan and Taylor wrestled with it, this isn’t that kind of place. No way, no how. I”m finally getting around to one of the bad-movie cultural events of 2012, and here I am to say that it totally holds up. Or doesn’t hold up at all. Whatever is the one that makes you want to get a nice big cocktail, sit down, and watch Lifetime try to make an art movie.

So what did we learn? Don’t date that cad Richard Burton.