The neck hole was that big for her giant ‘80s hair.

In 1983, everybody saw Flashdance. Fucking everybody. Well, not me, because I was too young, but everyone else. It captured the zeitgeist — hell, it created large chunks of it — of the transformation of the grimy early ‘80s into the recognizable neon-drenched hairpocalypse we all know and presumably love. I missed it, and then never got around to seeing it, especially as it dropped off the cultural radar and featured none of the things that normally get me to see movies: aliens, cyborgs, and baseball-playing clowns. When I finally sat down to watch it, I found out that it is completely bugfuck insane.

Tagline: Take your passion and make it happen!

More Accurate Tagline: Take your passion, and 33% of you will make it happen!

Guilty Party: Adrian Lyne directed this thing, and Joe Eszterhas wrote it. This is what happens when bad meets evil. Or, at least, when creepy uncle meets guy who drives an ice cream truck and doesn’t own pants. The only question here is, who is sleazier? According to the IMDB (which is never wrong), Lyne wanted the heroine to have a backstory that included her being molested. Eszterhas, finding the one part of his soul that wasn’t stained with the semen of runaways, objected. That’s right. Lyne beat Eszterhas in a good old-fashioned Sleaze-Off, which is the equivalent of beating Batman at anything.

Synopsis: Alex Owens (Jennifer Beals) is a welder in Pittsburgh, which basically looks like Starling City before Ollie got back. While she spends her days in what might be a pipe-fitting plant (it’s never actually said), her mountains of hair just waiting to catch an unattended spark, she spends her nights at Mawby’s, a working class bar that somehow also hosts an avant-garde cabaret.

One night, while she does her routine in high heels and gets water dumped on her (if you’ve seen any shot from the movie, it’s that one), her boss Nick Hurley (Michael Nouri) catches sight of her and is instantly smitten. He begins to creepily stalk her, even following her home one night. He does this by driving literally three feet behind her while she bikes home, presumably to give her the sensation that she’s about to get run down at any second. 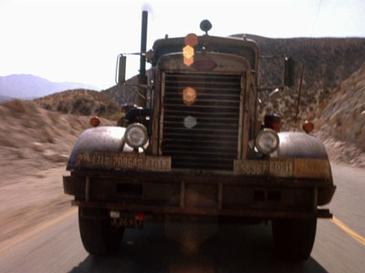 Oh yeah, Alex is supposed to be 18. Actor Michael Nouri was 37. So, yeah, her 20-years-older boss is hunting her like the last white tiger.

Alex wants to become a full-time dancer at the ballet. Which is just… seriously? She doesn’t do a single bit of ballet. Not at any point in the whole movie. Sure, ballet is dancing, but so is b-boying, which she does more of than ballet.

This idea, of working-class dreamers, is what could loosely be called a theme in the movie. Other than Alex, there are a couple others who follow their dreams sort of. First, her friend Jeanie, who waitresses at Mawby’s and wants to become a figure skater. Then there’s Jeanie’s boyfriend, short order cook and virulent racist Richie, who wants to be a comedian. While Jeanie flames out at a performance, Richie actually leaves for LA at one point, only to come back like a scene later, having failed. Which, glad we took the screentime for that. Richie’s act entirely consists of Polish insults. Richie is a man of deep, unexamined hatred.

There’s also an evil strip club called Zanzibar’s, which is like down the street from Mawby’s or something. Run by Johnny C. (Lee Ving, who you know from either Clue or the punk band Fear), he sleazes around trying to recruit Alex and Jeanie to dance. While he’s the closest thing the movie has to a bad guy, he’s pretty much the perfect stand in for Lyne and Eszterhas. He manages to get Jeanie after her disastrous skating incident, but Alex pulls her out of there.

Alex’s romance with Nick never stops being creepy, either. Eventually, someone checks their watch, realizes we’re about at the ninety minute mark, and decides to wrap this thing up. Nick gets Alex an audition with the ballet, she flips out on him for pulling strings but goes anyway. At the audition she literally does every kind of dance other than ballet, and gets in. And her dance double (and her jumping double, and her breakdancing double) are all really obvious. Roll credits.

I seriously have no fucking idea what happened.

Life-Changing Subtext: If you want to get ahead in this life, you have to date the boss.

Defining Quote: Alex: “Did you know that the smallest penis ever measured was 1.1 inches?”
Johnny C.: “You are some pair of cunts, you know that?”

Standout Performance: Cynthia Rhodes plays Tina Tech, one of the other dancers at Mawby’s. About 95% of her dialogue is her just ranting about whether or not “he’ll call.” I might be out on a limb here, but I’m fairly certain Joe Eszterhas has no fucking idea of what women might say to each other. Rhodes is positioned as a plucky best friend, and since the comic relief is Richie — who’s about as funny as a blitzkrieg — she ends up getting more laughs. So, like, one. One half of a laugh.

What’s Wrong: The initial cut of the movie was something like two hours and twenty minutes. The studio heads and the time, Michael Eisner and Jeffrey Katzenberg, insisted it be cut down to the theatrical running time of 95 minutes. While this is good for my sanity, the plot was one of the things that got cut out. (Or not, it’s possible there never was a plot and I’m desperately trying to find sanity that was never there at any stage.) Lyne and Eszterhas looked to be making some kind of epic about dreams. What they got was a haphazard collection of scenes. Granted, those scenes are pretty terrible, but maybe they would make more sense in context. Pretty sure a director’s cut of this movie would violate the Geneva Convention, though.

Flash of Competence: The soundtrack is excellent. If you like early-‘80s cheese you can dance to, it doesn’t get much better.

Best Scenes: On a date with Nick, it’s abundantly clear Alex has never even seen a lobster before. She eats this thing like a goddamn caveman.

Earlier in the film, she takes Nick back to her place. It’s a cathedral-like loft space that could comfortably fit literally every human being we see in the movie. This is when she puts on a sweatshirt, and in front of Nick (who can be seen physically resisting the urge to go “huminahumina”), she whips her bra off underneath it. This whole time, she’s got her legs spread, with only the sweatshirt blocking Nick’s view of her kidneys. It seems like it’s supposed to be her unconcerned with showing off her body, since she does it at Mawby’s, but it comes off like a young woman entirely unaware of sexuality driving a (much) older man crazy. In other words? Gross.

Transcendent Moment: Any time one of the dancers at Mawby’s takes the stage, the movie jumps tracks into delirious insanity. I don’t know what these women think is sexy, but it can best be described as “non-Euclidean.” These performances are really only dances in the loosest definition of the word, the way sulfuric acid is, technically, a “beverage.” These women get on stage to exorcise the gibbering demons that haunt them every time they close their eyes. And people wonder why Zanzibar’s is popular.

An unaltered still from one such performance. Yep, an evil clown who lives in graph paper.

In a final bit of madness, apparently David Cronenberg was offered the chance to direct. There is no word for how excited I would be to see that version of the movie. “The flesh… the flesh compels me to dance…” In the meantime, all we have is this oddity from the early ‘80s, proving people were much weirder back then.