I get obsessed with strange things. What usually starts as an ironic interest, say, in Scandinavian symphonic metal or Stephenie Meyer’s four book treatise on the desirability of an abusive relationship, can sometimes morph into, if not sincere admiration, something approaching bemused appreciation. No, this is not my long-winded way of telling you all I’ve turned the corner and am now Team Edward. I’ve aimed a little higher in my obsessions: noted Southern Gothic madwoman VC Andrews.

It’s probably unfair to compare Andrews and Meyer, but people loved comparing Twilight to Hunger Games and Harry Potter and that never felt entirely fair either. I kind of lump them together in the sense that in my generation, the Dollanganger books were the reading material of choice for young women on the cusp of puberty the same way the Twilight books were for a generation or two later. And yes, I’m saying this makes my generation objectively better. Suck it, time.

This week, I’m reviewing the final installment of Lifetime’s Dollanganger adaptations. It’s not quite with a heavy heart, but I’m not ready to leave these behind. I just love these Aryan crazies and their no-boundary households. Sadly, Lifetime chose not to adapt the final book in the series, Garden of Shadows, which is the gritty origin story of Ellen Burstyn’s character from Flowers in the Attic. I like to think this was an artistic decision, as Garden was written either partially or entirely by her long term ghostwriter Andrew Neiderman after Andrews died the previous year. Andrews has put out more posthumous material than Tupac. 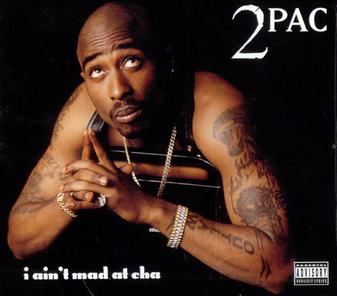 The VC Andrews of rap.

The reality, that Lifetime wasn’t getting the ratings it wanted, is probably closer to the truth. This is a real shame because Seeds of Yesterday is the best installment since Petals on the Wind. How does it achieve this lofty praise? Why, being fucking insane from front to back.

All artistic pretense is gone from the series by now. Chris and Cathy are portrayed by the same actors as If There Be Thorns, making these two the only ones to reprise those two roles. The rest of their kids have been aged up. Jory is now the perfect golden boy, the toast of the New York ballet, and married to ballerina Melodie. Bart is a creepy businessman, who spends most of the movie doing an impression of a sociopathic version of Christian Grey. So, you know, Christian Grey. Lastly, adopted daughter Cindy has grown into a babyfaced sexpot, which is just as creepy as it sounds. Seriously, the actress looks like some unholy combination of a heavily made up baby and a real doll. Naturally, Bart wants to fuck her. Bad.

But Bart is also super duper religious. All that stuff from John Amos has really made an impact. He idolizes Malcolm, complete with glowering portrait on the mantel (sadly, at no point are the eyes replaced by real ones), a name change to Bart Foxworth, and a combination of loathing for the family’s incestuous path and his weird conception (remember, Cathy conceived him in an adulterous revenge-affair with Corrine’s husband), and an Oedipal Complex deluxe. He spends every scene eye-fucking someone, usually either his mom or his sister. Which, ironically enough, makes him the perfect Dollanganger.

The plot kicks off when everyone comes home to a rebuilt Foxworth Hall for Bart’s birthday and to read Corrine’s will. Tragedy strikes almost immediately, like it’s hiding the bushes or something. Jory gets paralyzed in a ballet accident (seriously), and Bart waits about half a minute before sleeping with a pregnant Melodie. She pops out some twins and leaves, mostly because she can’t stand Jory anymore. All Jory does is complain that he can’t dance, or make love to his wife… in those exact words, multiple times. Maybe she got tired of that conversation. He attempts suicide and fails, which can’t be good on the ego, but then again, he didn’t try by dancing or making love to his wife.

Anyway, Jory hires a nurse to help him and the newborn twins. Bart pretty much instantly seduces her too. This guy, I swear. He’s all upset that he’s not getting his full inheritance at 25 and has to wait another ten years. Corrine even included a provision that if he’s institutionalized, he gets nothing. The Dollangangers are continually teetering on the edge of madness, so it’s a legitimate threat. Bart basically vacillates between trying to fuck Cindy and ranting about the sinfulness of everyone around him. It’s charming as hell.

Really, everyone comes off like they just went off their meds. Everyone. Anyone even tangentially related to the Dollangangers goes a little bugfuck. It’s like the makers of the movie realized they were making a soap opera — granted one with a literary pedigree — and then based every scene exclusively on outtakes of Tootsie. The alternate title of this is Mood Swings.

Chris dies in a throwaway scene, getting smooshed by a car after stopping to help a stranded motorist. This is how little the movie cares for one of the main characters of the entire series. “Hey, what should we do with Chris?” “I dunno… fuck it, car accident.” And before you point out the symbolic echo, since the entire plot kicked off when Chris’s father died in a car crash, fuck you. VC Andrews fucking loves car accidents. If she could have figured out a way to get an out-of-control semi into that attic, that’s how Cory would have bought it. Now I want to pitch Fast and Furious: Dollanganger Drift.

The movie is so insane that the fact Bart and Cindy wind up as married televangelists counts as a happy ending. Yeah, I was really concerned that the creepy misogynist philanderer wasn’t going to end up okay, but now I know he’s bilking old people out of their savings. The final scene has Cathy heading up to the attic again, because why not. She can hang out there. It’s not like she doesn’t know the space.

So what did we learn? If your son starts dressing like Christian Grey and talking like Rick Santorum, you’ve got problems. Always check the set before putting on a ballet performance. And never, ever drive anywhere.