Yakmala: Battle of the Year 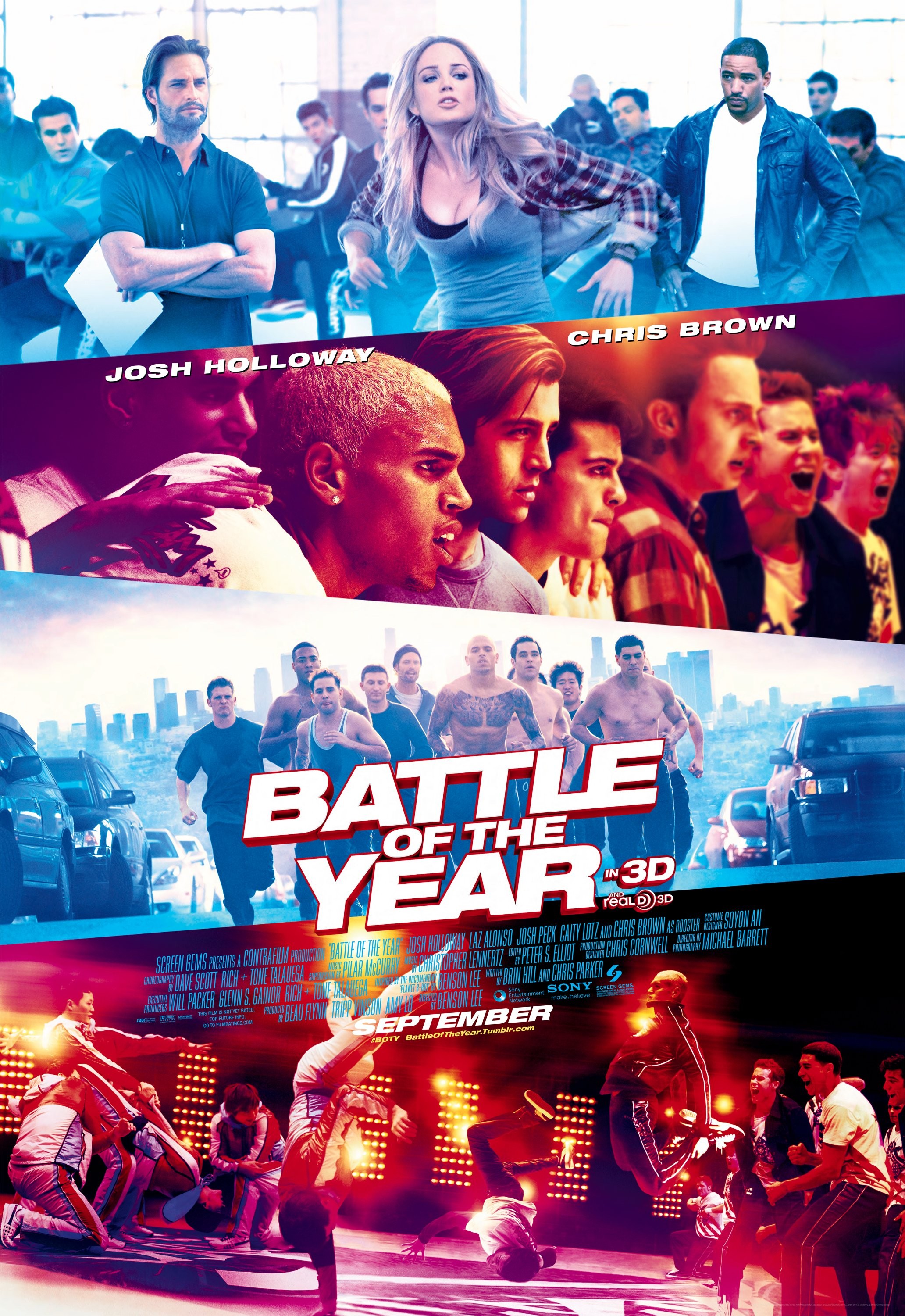 We lost a lot of good men on that hill.

I always thought of breakdancing as something existing in the increasingly graying depths of my youth in the ‘80s. I figured it went the way of crimped ponytails, wearing eight pairs of socks at once, or Walter Mondale. Turns out, breakdancing is still a thing people do, only now it’s called “b-boying.” Like anything with a vaguely homoerotic name, Hollywood turned it into a movie, with the sports-like competition of Battle of the Year.

Tagline: The world is watching

More Accurate Tagline: Maybe one guy is watching, and not for the reasons you’d hope.

Guilty Party: While this looks like the product of some cynical studio head glomming onto a trend and making a movie, this is actually a bit of a passion project. Director Benson Lee made a documentary called Planet B-Boy, and turned it into this movie. And just in case you didn’t know a documentary called Planet B-Boy existed, this film is only too kind to namecheck it for us, with one character rapturously referring to it as their Bible. That kind of unmitigated hubris is just what we need to turn a soulless studio picture into a bizarre misfire.

Synopsis: The Battle of the Year is the biggest breakdancing competition in the world, and it’s held in France. Despite America being the origins of both hip hop music, breakdancing, and the KFC Double Down, Team USA has failed to place for, like, ever. This panics hip hop mogul Dante Graham, whose entire company is built off the idea of hip hop being cool. It might not be the best business model.

His solution? Get his old buddy Sawyer (Josh Holloway), fresh off the island, and have him turn a team into champions. And yes, it’s not literally Sawyer from Lost, but fuck you, that makes this movie like 100% better. In the endless scenes of him haranguing his dancers, just once I wanted him to be like, “Live together, die alone!” or “You hear those whispers in the trees? The Others learned to b-boy from the Smoke Monster!”

Sawyer kicks Dante’s team out, and holds an open audition to get the best b-boys from all over the country. He picks ones with issues that can be cheaply solved by the third act. They all have ridiculous aliases, and honestly, I’ve seen this thing twice and still can’t remember them all. It’s worth noting the “best” of them is Rooster, played by noted pile of semi-sentient shit Chris Brown.

At this point, Sawyer just decides to do whatever any hard-ass coach has done in any sports movie. There should have been a scene of him watching Hoosiers and taking notes. Anyway, these guys work out their issues — Rooster and MRA-hat Guy (not his real name) make peace, Homophobe and Gay Guy get along. And they’re a team! I guess, I mean, They’re dancing.

So it’s off to the Battle of the Year in France, where they face off against the best teams from all over the world. And the movie really drops the ball here. I was hoping to see some really over-the-top stereotypes of each country. Like the French b-boys dancing in berets while indifferently smoking, or the Germans having a disturbing fascist art installation and pooping on each other, or the Japanese all dressed like schoolgirls fighting giant monsters.

The team to beat is Korea, and wouldn’t you know it, the underdog USA ends up going up against them in the finals. The competition is super close, with the Dream Team losing by a single point because the screenwriters rented Rocky the night before. Hey, there’s always next year!

Life-Changing Subtext: If you work hard and get along, you’ll lose less badly.

Defining Quote: Sawyer: “It’s been an honor, Rooster.” A little context here. After the final cut was made, Rooster hurt his leg trying to perform a risky maneuver in slo-mo to impress a visiting b-boy. So as he’s limping out of the dorm, unable to go to the Battle of the Year, Sawyer says this.

I singled it out because no one has ever followed up “It’s been an honor,” with “Rooster.” Never. If you know a Rooster, his career opportunities are pretty much limited to petty conman, guy who buys beer for underaged kids, and prison rapist. That’s it.

Standout Performance: This belongs to Josh Peck, who plays Sawyer’s assistant coach, Franklyn-with-a-Y (he says this so much it qualifies as a catchphrase). The incredible thing about this performance is he manages to say every line like he’s not only deaf, but somehow also hard of hearing.

What’s Wrong: Despite the dancing, this is a sports movie. The key with making a good sports film is that the audience needs to understand the sport in question for the next hundred or so minutes. They never bother to explain b-boying, so it’s utterly impossible to know who’s doing better in any competition. Instead, the movie will cut to Sawyer, FwaY, and choreographer Stacy (Caity Lotz, before those White Canary dollars started rolling in), looking upset.

Flash of Competence: That said, some of the dancing is pretty cool. Unfortunately, Benson Lee has a crippling montage addiction. These quick cuts make the scenes less impressive and harder to follow. You hired breakdancers (and Chris Brown). Get a wide angle lens (and someone to kick Chris Brown’s ass).

Best Scenes: FwaY’s origin story is truly baffling. He’s mostly there for reaction shots. The camera cuts to him after nearly every significant moment, and he’s usually squinting into the middle distance, pursing his lips, like he’s really thinking hard about what that interviewer from Tiger Beat just asked him. Anyway, when he gushes over Sawyer about b-boying, Sawyer sensibly asks if he’s one. FwaY says no, citing his religion/ethnicity. “Jews. We’re rhythmically challenged. We’re stripped of our swag at the circumcision.” Which… what is he implying about the rest of the team? How much does he know?

While this movie is disposable crap, no one told the composer. When the (far more appropriate) dance music isn’t blaring, it reverts to an orchestral score. And this guy had to have thought he was scoring Schindler’s List or something. For a scene whose entire suspense is “Will Rooster, who we’ve known for 30 seconds, make the team?” this music sounds like it’s playing a last-second rescue of the little kids from Auschwitz.

When Caity Lotz shows up as the choreographer, everyone is utterly baffled she’s a woman. Is this a thing? Can women not breakdance? I really don’t see how. It’s not like she’s circumcised or anything.

Transcendent Moment: The movie transcends whenever it insists we take b-boying seriously. My favorite is right before the prelims when Team USA has to take on Team Russia to qualify (thus prompting the late second act meltdown all sports movies need). Sawyer hisses at his team: “The Russians are synchronized. Disciplined. Precise.” It sounded like he was ordering a tank advance into Stalingrad.

In many ways, Battle of the Year is the successor to classics like Breakin’ 2: Electric Boogaloo. Only instead of the modest goal of saving a community center, this one opts for the venal pleasures of money and glory. I thought the ‘80s was the materialist decade.

2 Responses to Yakmala: Battle of the Year