I Miss Your Scent, Part II

Sometimes TV shows end. Sometimes, that’s a good thing. But on even some of the worst shows, the ones you wished the network had taken out to the Pine Barrens and put a bullet in, will have characters you just can’t let go. The ones that really resonated, and felt like they could have a life beyond the show that gave them birth. In my second entry into this series, I’m going to take some characters from cancelled or soon-to-be-cancelled shows and put them on a current TV show, to give them that richly deserved second life.

Tig and Venus to Bates Motel
While the final season of Sons of Anarchy was a flabby slog, it did manage to end on a high note. For awhile, there wasn’t much to do but root for SAMCRO’s odd couple: perpetually horny psychopath Tig Traeger and his transgendered prostitute love interest Venus Van Dam. While the pairing could have been played for broad comedy, instead the notoriously pulpy biker show went with a subtler approach (the only time it ever did), portraying the two as strange lost sous trying to make this crazy thing called love work. They’d fit right in with the noirish oddballs on Bates Motel, and Venus would be a great call-forward and inspiration to Norman’s own gender confusion. Tim Guterson to Banshee
If Justified had one major flaw through its run, it’s in the sorely underutilized Tim Guterson. A laconically sarcastic sniper, he hinted at hidden depths with his love of YA fantasy about Native American princesses and his penchant for openly flirting with tough guys. He would fit right at home with the badasses over on the best action show ever, Banshee. If there’s one person who could match wits with Job, and perhaps even romance everyone’s favorite hacker, it’s Tim. 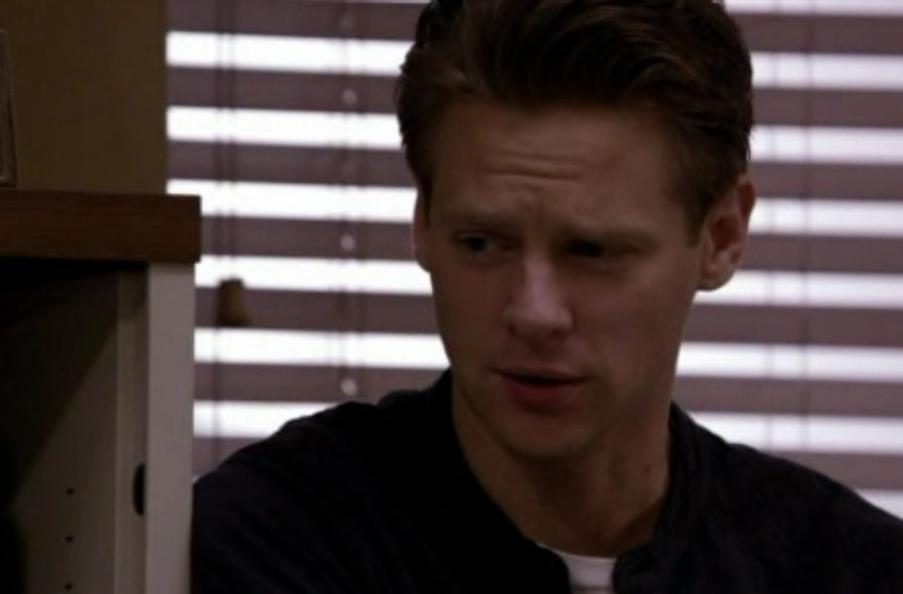 “Turns out that Native American princess was a Littlestone.”

Sam Axe to Arrow
Burn Notice has evolved into one of my comfort shows. If I want to put something on and not concentrate too much, I go for my favorite Miami spy’s Robin Hood adventures. Sam was the early breakout character, mostly due to being played by national treasure and noted chin Bruce Campbell. His brand of easy-going but cool heroism and his legitimate badassery (people forget to their peril that Sam was a Navy SEAL), would make him a good fit over in Star(ling) City. He might have to wear a coat, though.

Joan Harris to The Americans
Christina Hendricks is awesome. This really isn’t a controversial statement. I’m not just talking about her appearance, but yes, she is ridiculously beautiful and the reincarnation of some beauty goddess from the ‘60s. Mad Men is wrapping up in the ‘70s, but who’s to say Joan couldn’t find work at, say, the CIA? She could have secrets that the KGB is desperate to romance out of her, and she has a steely determination that hints it might not be quite so easy. Put her on The Americans, maybe the best spy show ever, and watch her fit right in. Plus, Christina Hendricks in amazing New Wave fashions. Parker to Orange is the New Black
Not all of these are really built to last. Parker, the thief on the extremely fun caper show Leverage, would last maybe a day or two in prison. Not that she’d get shanked — Parker would be the one doing the shanking — but that the idea that anything could hold her near supernatural abilities in check is patently ridiculous. Still, it would be fun to watch her socially stunted super-criminal interact with the rest of the gangs on America’s favorite prison show. Actress Beth Reisgraf is legitimately funny, and getting a chance to show that off would be welcome. She breezes into the prison, then just vanishes one day and everyone wonders if that weird elf lady was real or not.

“Maybe I should be on Arrow…”

Eric and Pam to Supernatural
True Blood was never a good show. Sorry if I burst any bubbles there. It was, on many occasions, a fun show. As it marched joylessly through several unwatchable seasons, the amount of characters that were worth spending time with dwindled to two: Eric and Pam. (And Jessica, but my motives there are not pure.) Even in the dreadful final season, which, if not for Dexter, would stand as the worst final season of all time, Eric and Pam were still reliably entertaining. They need a showcase for the two of them and the Winchester brothers need some villains who are not demons, not angels, and who can put up a good fight and deliver a good one liner. One possible downside: the homoeroticism between Alexander Skarsgard and Jensen Ackles might explode the internet.

I kind of already miss them.

Walter Bishop to Orphan Black
I’m late to the party with this one, but in my viewing of Fringe, I have predictably fallen for lovable mad scientist and gourmand Walter Bishop. What the man needs is another scientific conspiracy to suddenly recall that he’s up to his eyeballs in, and that’s over on the wonderful Orphan Black. No one with any sense can hear that and not instantly want to see every incarnation of Tatiana Maslany try to make sense of Walter as he rambles, makes saltwater taffy, and solves mysteries.

“Can’t tell if serious… or from alternate dimension.”

Dexter Morgan to Hannibal
No one wants more Dexter Morgan, except maybe Showtime, because they are ruled by the devil. Still, Dexter living through his show was one of the great crimes of narratives. Hannibal Lecter hunts serial killers too, but he eats him. How great would it be to see Dexter on Hannibal’s table? It won’t happen. But it’s nice to think about, right? Especially that last one.

Author, mammal. www.captainsupermarket.com
View all posts by Justin →
This entry was posted in Nerd Alert, Projected Pixels and Emulsion. Bookmark the permalink.