A Memory of Unicron

It is my birthday week, and it’s become tradition for me to post something Orson Welles related. I’m endlessly fascinated with the man as he was bold, smart and willing to fail. His greatest successes came early and he spent most of his life roaming the world and chasing a creative perfection that would always elude him.

He also did this why eating mass quantities of food, drinking herculean amounts of wine, smoking forests of cigars, romancing a surprising array of ladies and maintaining excellent facial hair.

And then, in 1985, when my consciousness became aware of him, he played Unicron, “a giant toy that fought a bunch of smaller toys,” as Welles described the character. And since it is the 30th anniversary of Transformers: The Movie, I find myself nostalgic for that august toy line for the first time in decades. But first, here’s Welles as he transforms from planet mode to director mode:

If Orson Welles had to be a Transformer, he had to be the biggest of them all! Of course, an actual Unicron toy was not manufactured until many years later. I wasn’t in the market for Transformer toys when it came out, but a subsequent version is more screen accurate and, as my friend Jeremy proclaimed, the most metal robot ever.

So, yeah … I’m probably going to get one of these Unicron toys. 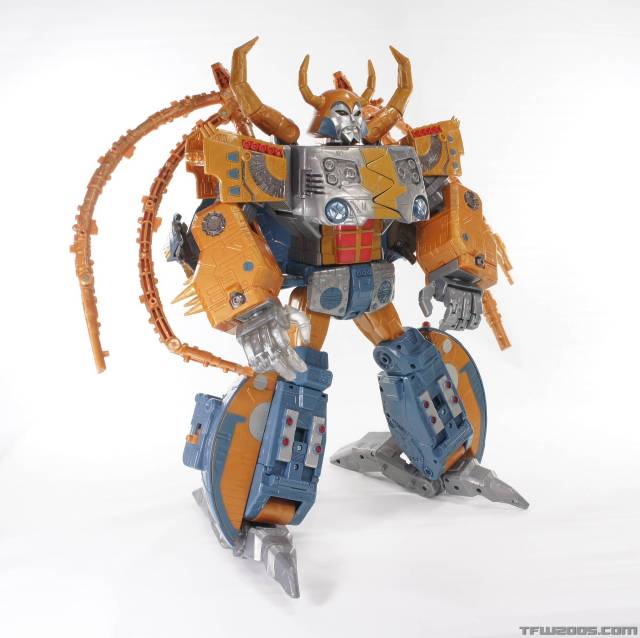 Let’s face it, I’m a child of the 1980s and that means we never had to let go of childish things. As a good Doctor once said, “There’s no point being grown-up if you can’t be childish sometimes.” And what could be better than celebrating my childhood with a totem that brings two of my earliest fascinations together?

Ah, of course, such celebrations should be augmented with a nice glass of Paul Masson brandy, the only Masson product still available because, as he said over a hundred years ago, “We’ll sell no wine before its time.”

Erik Amaya is the host of Tread Perilously and the former Head Film/TV writer at Bleeding Cool. He has also contributed to sites like CBR, Comics Alliance and Fanbase Press. He is also the voice of Puppet Tommy on "The Room Responds."
View all posts by Erik →
This entry was posted in Nerd Alert, Projected Pixels and Emulsion and tagged birthday, orson welles, paul masson, transformers, unicron. Bookmark the permalink.