So, I can happily report that we recorded an episode of New Satellite Show.

And yes, preparing for the Show is why I’ve been silent for the past several weeks.

Okay, fine, I was racking up paid writing gigs to pay for some improvements to the show. Sound better? As it happens, our recording on Sunday indicates to me we need something better than a $35 mic mixer from Radio Shack. Also, I should’ve listened to friend-of-the-Show Seth who suggested we should get omnidirectional microphones so people don’t have to be shouting or sitting with the mics right in their faces. It may also deal with the problem I have with our initial recording overall: the hiss. 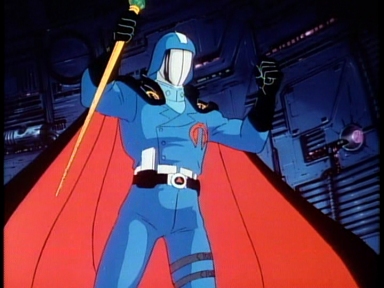 When I make this first episode available, you’ll note a certain background noise level. In the days of the old show, I had a somewhat professional broadcast studio, so noise wasn’t really an issue. The bigger problem was keeping certain contributors on-mic. Now, I think I need to rethink the strategy a little to make the Show sound as good is it can with a minimal outlay of funds. This is still the beginning, mind.

So, when will the first episode be available, you ask? Most likely next Monday. I’ve only just completed all that paid work that dogged me since WonderCon (and prevented me from doing a lovely wrap-up) and needed a little space to regroup. Oh, there was als oa birthday party in there, too.

So, what can you expect from your New Satellite Show?

Free flow: Episode 1 was built on our initial panel of experts talking about recent events, boobs, Pippi Longstocking getting arrested, and boobs. Future installments will contain the boobs to a single segment. Mostly.

Yakmala!: Though we didn’t get into it this time, subsequent episodes will feature at least one discussion of a Yakmala film. For all the stuff Justin or I write about on the site, there’s plenty of films we’ve watched that are more fun to talk about in person. The Yakmala segment will give you a feel for how we talk about those movies.

Satellite Show Sports: There are sports fans on the panel. It wouldn’t be fair to prevent them from talking about that stuff.

There will be other segments and ideas as we go. The panel will rotate from episode to episode, with some contributors to the site, the old show, and even far away friends stopping by to take to the mic.

Now that we’ve done one, momentum is our side. New Satellite Show begins next week.

Erik Amaya is the host of Tread Perilously and the former Head Film/TV writer at Bleeding Cool. He has also contributed to sites like CBR, Comics Alliance and Fanbase Press. He is also the voice of Puppet Tommy on "The Room Responds."
View all posts by Erik →
This entry was posted in Dispatches From Academia, Puffery, Satellite Show Sports, Yakmala! and tagged boobs, microphones, new satellite show, Yakmala!. Bookmark the permalink.