Best of Yakmala 2013: Hider in the House

So last week, I mentioned there were two movies we instantly knew would be Best of honorees this year. Like Birdemic, this other film spoke to us from the word go. 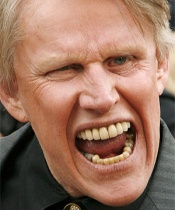 It features respectable actors like Michael McKean and Mimi Rogers with a script from real Hollywood writer Lem Dobbs (The Limey). Made during the late 80s and early 90s, it purports to be a psychological thriller. You might remember the genre. They were all the rage and our parents seemed to like them really a lot.

Brother, you better damned acknowledge me or it’s intestine time. 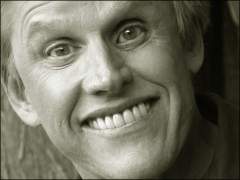 I’m a hider. And I’m hiding in your house.

I’m in the attic right now.

I don’t have an attic. 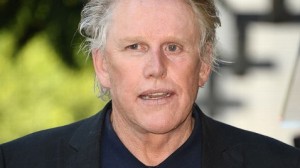 Right. So anyway, the film also stars Gary Busey at his Busey-ist best as the titular

Yakmala’s involvement with this particular film begins with Justin listening to the We Hate Movies podcast and their love for this film. He watched the movie and kept talking about it. One night, while a majority of the group was gathered to play Cards Against Humanity — big surprise, I know– Justin suggested we watch the first of the ten minute segments available on YouTube. While we intend only to preview that first piece, we stuck around until after midnight to watch it all.

And since we had a majority of the Yakmala folks there, it counted as an official screening. Like Ninja Thunderbolt before it, Hider in the House was so amazing that we grandfathered it in. This is how legends are born.

I’m a legend. In the house.

So what makes this movie bad? Well, let’s start with the most amazing fact of this film. Busey plays a recently released mental patient who set his home ablaze and killed his parents at a young age. Having nowhere else to go, he sneaks into a house that is under construction and builds a private cubby in the attic. When the owners move in, he observes them with the intention of inserting himself into their dynamic by replacing the father. Sounds terrifying, don’t it? But here’s the kisser: Busey is not the creepiest person in the film.

Nope, that honor goes to Bruce Glover, father of Crispin. Early in the film, we see him leer at Rogers’ character as she takes a midnight skinny-dip, but when he finally introduces himself to the family, his bizarre Gloverness overtakes whatever intention the writer might have had for the character. Though Busey sees this guy hanging around, he is mostly powerless to do anything to Glover for the duration of the film. I think, despite watching Rogers in the pool, Glover’s character is meant to be the hero as he actually saves the day in the end, but …

Maybe he was miscast?

The film has very loose morals as we’re left without a real protagonist. Rogers should be that character, but she, like so many main characters in these sorts of movies, is utterly clueless and often without agency. She is helplessly dragged along as Busey reveals to her that her husband is sleeping around and teaches her son how to be psychotic on the playground. The husband tries to become a hero as the film progresses, but since he commits the highest of sins in a late 80s/early 90s film for adults, he is hopelessly compromised as the Adulterer; forbidden from ever finding redemption. I’m fairly certain the film doesn’t mean for us to root for Busey, but I can’t actually be sure.

And, to be honest, that ambiguity aids the film in being so utterly enjoyable. These psychodramas were all the rage at the time and most of them try to adhere to a fictional reality that neighbors our own. Films like The Hand That Rocks the Cradle resemble the world we know. Or, at the very least, are more recognizable than say, Sliver or the other Basic Instinct wannabes. But Hider begins well within the city limits of Crazytown and quickly plans a picnic to the rural outskirts where the jugband likes to hoedown. I could give you more of the plot, but why bother. This alone will make you watch it: Busey almost succeeds in his cuckoo-bananas plan. And watching him get one over on Michael McKean is better than it has any right to be.

And how could you go wrong with a scene like this?

A few words of warning. If the thought of a love scene between McKean and Mimi Rogers sounds revolting, get ready to wretch. Since the production values suggest Hider is intended to be a TV Movie, the scene itself is more … intense than you might think from the tone of the film that precedes it, but it’s quite um … yeah. Also, McKean is seen getting some hotel nookie from his piece on the side. It might be the reason he signed on for this train-wreck. He’s was still seven or eight years from marrying Annette O’Toole. 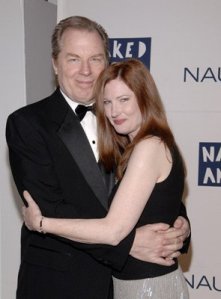 Of course, that doesn’t make his love scenes any less gross. Remember, this is a movie with Busey as a mental patient. All ick should be on him. Instead, it gets spread around, almost to suggest that, um … it’s the world that is mad?

I’ll agree with that one, Brother.

Hider also makes Busey an all-star. He appeared, however briefly, in The Gingerdead Man, a film some people suggest is entertaining, but as we screened it at a Yakmala event back in 2005 and never, ever thought about since should give you some idea of how well it actually went over. Frog-g-g, screened the same night, is more fondly remembered.

So, should you track down Hider in the House? Absolutely! It is on YouTube in its entirety and that’s the easiest way to get it in the United States as it’s not available on DVD. I found a region 2 DVD of it, so if you’re in Europe, feels free to watch it in fairly pristine condition. I’m sure Busey has a copy and he’d be welcome in my house if he’d just drop it off. 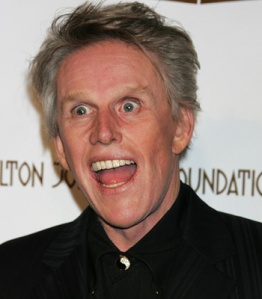 You really mean that?

No. I’m not signing on for a new season of “I’m with Busey.”

For another project going off the rails, check out Rob’s remembrance of Marvel’s Team America or for a great movie you’ll never get to see, check out Justin’s review of another world’s Thor.

Erik Amaya is the host of Tread Perilously and the former Head Film/TV writer at Bleeding Cool. He has also contributed to sites like CBR, Comics Alliance and Fanbase Press. He is also the voice of Puppet Tommy on "The Room Responds."
View all posts by Erik →
This entry was posted in Projected Pixels and Emulsion, Yakmala! and tagged Annette O'Toole, Best of, bruce glover, busey, crazytown, michael mckean, mimi rogers, Yakmala!. Bookmark the permalink.