An Appreciation of Patrick Troughton

I tend to keep my love of “Doctor Who” off the Show blog, as I tended to keep it off the old radio show … but it’s silly to have such a distinction as anyone who’s ever read the Comic Reel or seen my Facebook page knows the special place this series has in my heart. Whenever I read a fansite, the comments on any article devolves into a debate between fans of David Tennant, the Tenth Doctor and supporters of Matt Smith, the Eleventh and current Doctor.

I’m not going to entertain such business here as one thing is clear: it was Tennant’s time to go. 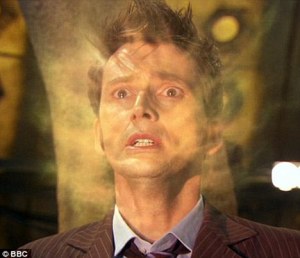 Instead, I’d rather present an appreciation of the second actor to play the part, Patrick Troughton:

In 1966, producer Innes Lloyd had a problem. His star, William Hartnell, was not well — suffering from Atherosclerosis — and it was affecting his performance. Hartnell had a loveable habit of flubbing his lines, which gave his version of the Doctor a dottering persona that served as a powerful counterpoint to his cruel lucidity. Sadly, Hartnell’s affliction made the flubbing more serious and shooting more difficult. The actor, prematurely old, also had certain opinions and beliefs that made it difficult for him to deal with certain people coming into the business. Actor Nicholas Courtney considered him to be “nationalist-minded.” He was also quite protective of the Doctor as his character and it led to clashes with the previous production team and Lloyd himself as he came in to shake up the program.

Before canning Hartnell, Lloyd did away with each 25-minute episode having a name (i.e.  “A Holiday for the Doctor”) in favor of the overall story name (“The War Machines, Episode 2”). He also fired the Doctor’s current companions, Steven and Dodo, replacing them with mod chic couple of Ben and Polly.  These changes, while seemingly minor, signaled the beginning of the end for Hartnell.

Lloyd, a somewhat unsung figure in the history of “Doctor Who” made the decision to not just recast the part, but re-imagine it as the character’s alien physiology allowed him to be renewed whenever seriously injured or decrepit.

I imagine that also came in handy in contract negotiations.

Seeing several possible contenders, Lloyd’s choice was one Patrick Troughton, a character actor in film, radio and television. According to the producer, Hartnell approved of his choice saying, “There’s only one man in England who can take over, and that’s Patrick Troughton.” While the incoming actor suggested playing the Doctor as a vaguely Arab stereotype in brown make-up and a turban, the producer, “Doctor Who” creator Sydney Newman, and Troughton agreed on the “cosmic hobo” persona that actually drew more upon his own personality than he typically allowed into his work.

The Second Doctor first appears to an incredulous Ben and Polly. He bounds about the TARDIS control room, unsure of who he is and refers to himself in the third person, also unsure that he’s the same man as Hartnell. It set the stage for every subsequent regeneration of the character in the ensuing decades (though the term itself would not appear until 1974). Though the persona would mellow out in subsequent stories, Troughton’s take on the Doctor was fairly clever. He avoided physical confrontation by convincing his opponents that he was no threat. Appearing foolish at one moment, he could undo the most dastardly schemes with a puff of dust. 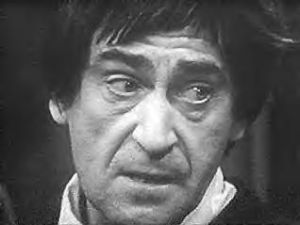 The real brilliance, though, is that he was occasionally out of his depth and felt perfectly comfortable telegraphing to the audience that shit just got real. It’s a quality rarely seen in the subsequent Doctors, particularly in the modern series where he’s more likely to cry than panic.

Troughton’s Doctor was also capable of great gravitas. After a few jovial moments, the Second Doctor could notice a reading on a computer and switch to a grave expression and grimly say, “Oh, dear …”. As with his willingness to appear foolish or panicked, it revealed that his knowledge and confidence was not infinite. Tennant occasionally aped this trait, even quoting the “oh, dear” line reading, but it was never better than Troughton.

Sadly, most of Trougton’s stories are incomplete or missing entirely from the BBC archives. A further indignity is the pace of the surviving stories. They tend to be five-episode treks with his final story spanning TEN episodes. They will put you to sleep despite the quality of Troughton’s performance and that of his constant companion, Jamie McCrimmon (as played by Frazer Hines). Fortunately, the best Second Doctor story, “The Tomb of the Cybermen” was recovered in 1992 and showcases the best of the actor and the show during that era.

The tale sees the Doctor once again confronting the cyborg race of planet Mondas, this time on the iceworld of Telos. It was a season opener and a tryout for Lloyd’s eventual replacement, producer Peter Bryant. The production values are pretty spectacular for the period and the pace (it’s a four-parter) is pretty agreeable. I think these are key things a modern audience needs to access the Troughton version of the Doctor. It also features this amazing scene:

I’m also fond of a later Troughton story called “The Krotons.” It has a bad rep in fan circles, but I think it has a certain charm mainly for the interactions between the Doctor, Jaime, and their smarty-pants fellow traveler Zoe Herriot (played by the cute-as-a-button Wendy Padbury). They’re a good trio, but sadly, they would not be traveling in the TARDIS for long.

The best of friends.

Just as Padbury had been cast, both Troughton and Hines chose to move on. Ratings were also down and it looked like the show might be on its last mile. Troughton would later explain that three years was the perfect time to play the part and staying longer might have imperiled his prospects elsewhere in the business. Indeed, his replacements Jon Pertwee and Tom Baker had trouble finding work after their respective five- and seven-year stints in the role.

Just as taking the role allowed the show to stay on the air, Troughton’s departure also cleared the way for another radical reinvention of the program. But that’s for another time …

He returned for the tenth anniversary story, “The Three Doctors,” trading verbal barbs with his replacement and even Hartnell himself. The three actors would introduce the notion that the Doctor does not get along with himself, but the rapport between Troughton and Pertwee really sells it. According to others involved in the production, the tension between Doctors 2 and 3 was inspired by the way the two leads responded to each other in rehearsal. Pertwee, an actor who liked to have his part down cold, was constantly frustrated by Troughton’s off-the-cuff improvisational style. Eventually, the two would become the best of friends while working the convention circuit.

Troughton died at an American Doctor Who convention in 1987 and while I’ve met a handful of the men who’ve played the Doctor, it always makes me a little said that I never got the chance to talk to him.

Troughton’s legacy lives on in the form of several children and grandchildren who also entered the profession. His son David appeared on “Doctor Who” several times, including 2008’s “Midnight.” His smoky voice echoes his father’s and every so often, his eyes will go just as wide. Oddly enough, his grandson Harry Melling will be quite recognizable to some of you:

Next time: We’ll talk a bit about Jon Pertwee and the production team that not only saved the series, but truly cemented it as a classic.

Erik Amaya is the host of Tread Perilously and the former Head Film/TV writer at Bleeding Cool. He has also contributed to sites like CBR, Comics Alliance and Fanbase Press. He is also the voice of Puppet Tommy on "The Room Responds."
View all posts by Erik →
This entry was posted in Nerd Alert, Projected Pixels and Emulsion and tagged doctor who, frazer hines, innes lloyd, patrick troughton, william hartnell. Bookmark the permalink.

1 Response to An Appreciation of Patrick Troughton