In the last couple months I’ve done something I haven’t done in years: I saw two first-run super hero movies in a large multiplex during the weekend of their premieres–Thor and X-Men: First Class. Also, thanks to a run of super hero movies on cable, I also got caught up on a few others I hadn’t seen yet, including X-Men: The Last Stand and Wolverine. The former two have been some of the best-reviewed super hero movies of the last five or so yes, the latter two among the worst.

What’s odd, though, is that I didn’t really see much difference in the quality of the four films. All featured excellent fight scenes, some charismatic performances, sloppy plots, cliche-riddled dialogue and often ham-fisted directing. They were all entertaining movies, but none of them entered into the upper-echelon of super hero movies, movies like the first two Spider Man movies, the first X-Men film, Iron Man and of course Batman Begins and The Dark Knight–in which their relatively high Rotten Tomatoes aggregate ratings suggest they belong. I’d put both these movies solidly in the middle tercile of comic book films, with First Class toward the top and Thor closer to the bottom.

Take Thor which, were it not for a fairly awesome performance by Chris Hemsworth and an appearance by Stringer Bell as a Norse god, was mediocre at best–a surprisingly action-less action movie filled with archetypes, not characters. X-Men: First Class was better, helped along by excellent performances from James McAvoy, not Hugo Stiglitz and that guy from Footloose and the impeccable Swingin’ Sixties costuming of its handsomely-suited men and be-miniskirted and go-go booted women. 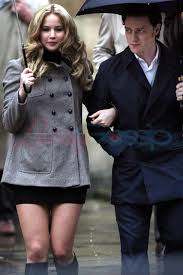 Everything is correct here.

But when the screenplay began to delve into issues beyond the personal complexities of Xavier and Lehnsehrr’s relationship, the movie became bogged down in hack dialogue, awkward editing, and an oddly racially-tinged moment where the camera cuts to the just-introduced black character of Darwin right at the moment where the guy who showed his penis to Matt Dillon in Wild Things mentions slavery. Shortly thereafter, Darwin turns literally ashy before vaporizing completely after absorbing the male prostitute from JFK’s killer dance moves. 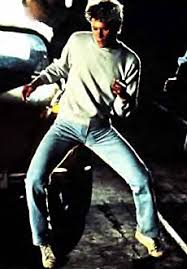 The world's most powerful mutant.

Wolverine had a similarly sloppy plot and awkward screenplay, but strong performances from Hugh Jackman and Liev Schreiber as well as some well-choreographed fight scenes and scenic shooting locations made for a pleasantly entertaining film even it was lacking in the world(s)-at-risk stakes of Thor or First Class.

(Interestingly, Wolverine was heavily criticized for not doing anything to expand upon the origins of the character that wasn’t already known from the other X-Men films. And yet Thor is an entire movie that does nothing but lay part of the groundwork for The Avengers. Nothing of consequence is established in Thor that couldn’t be established in a two-minute conversation in The Avengers.)

Now I’m decidedly the least versed in comic books, movies and comic book movies among the regular contributors here at The Satellite Show, so let me throw this out to my fellow writers and readers: what are your favorite comic book movies? What makes a good comic book movie? Is there some collective delusion that Thor is a better movie than it is? Or am I missing something?

I'm a wine professional. Like a real one who makes most of his living in wine and have for most of my adult life. I also write, but you can see that.
View all posts by David D. →
This entry was posted in Armchair Philosophy, Projected Pixels and Emulsion and tagged Comic Book Movies, Comic Books, movies, Thor, Wolverine, X-Men, X-Men: First Class, X-Men: The Last Stand. Bookmark the permalink.

3 Responses to On Super Hero Movies