Now Fear This: The Gift

Keanu Reeves is a horrible actor.

Apologists will point to his performances in Parenthood, the Bill and Ted movies and for a select few River’s Edge as evidence of some kind of talent. They usually admit that all three roles are essentially identical, using his blank stare, surfer accent and good looks as convenient shorthand: “There’s nothing much going on in there.” In fact, his “acting” is so legendary that the stage version of Point Break can only duplicate his poker-faced performance by drafting a random person from the audience to read the role of Johnny Utah off of cue cards. Yet there’s this conspiracy of publicists that seem to want us to believe that this cardboard man is three-dimensional. They tell us that with the right director and the right script, Reeves can turn in a performance as something other than Ted “Theodore” Logan. As it turns out, the right director was Sam Raimi and the writers were Billy Bob Thornton and Tom Epperson. In The Gift, Reeves plays the role of Donnie Barksdale, a southern-fried wifebeater who probably bludgeoned and strangled a young socialite to death. And he plays the everloving shit out of the role.

If anyone remembers The Gift it is likely as “that movie where you get to see Katie Holmes topless.” And yes, it is that movie, made back when the thought of Holmes’s bare breasts was an attractive one. You know, before someone tattooed “L RON 4EVER” across them. The Gift is much more than a two hour vehicle in which to see one of the stars of Dawson’s Creek au natural. It is a brutal Southern Gothic that examines the bonds of friendship and family with a link, however tenuous, to the world beyond. Also, boobs.

Annie Wilson (Cate Blanchett) is a widow, raising three boys (of her own) on a combination of proceeds from her semi-legal status as a fortuneteller, federal aid and Brady Bunch residuals. During a reading she advises a client, Valerie (Hilary Swank) to leave her abusive husband Donnie (Reeves), which would be more impressive from a psychic standpoint if Valerie didn’t look like she’d just gone a round with Anderson Silva. Donnie takes exception to what he sees as Annie’s attack on his family and embarks on a campaign of intimidation and harassment that threatens to get much, much worse. Annie’s friend and self-appointed protector is Buddy Cole (Giovanni Ribisi), a mechanic that might as well wear an “I Will Commit a Murder/Suicide” t-shirt to advertise his troubled past. Back in the A plot, Annie meets with nice school administrator Wayne Collins (Greg Kinnear) and his much younger fiancée Jessica King (Katie Holmes, owner of the breasts we will later see), and suffers a bad premonition about Jessica. Later, at a party, Annie walks in on Jessica having a quickie with an as-yet-unidentified man (Gary Cole – yep, Lumbergh fucked her). The real plot kicks in when Jessica disappears. Jessica’s father tries to hire Annie, but she refuses, only to be haunted by repeated visions of a dead Jessica. Spurred by the other world, Annie leads the cops to a stagnant pool behind Donnie’s house, where they pull Jessica’s corpse from the water. While the earthly law rushes to convict Donnie of the crime, Annie uses her powers, or vice versa, to find the truth.

Southern Gothic is more about mood than plot. The film opens with shots of the swamp at night, a mournful fog drifting across the coal black waters. The sun rises red, and we move into one of Annie’s “readings,” in which the first card is a stylized depiction of water. Water, especially stagnant swamp water, is a reoccurring motif. If water represents femininity, then the stagnant water of The Gift represents poisoned, abused and barren femininity, shown in the characters of murdered Jessica and tortured Valerie. The reflection of them is Annie, who not only has three kids, but serves as a surrogate mother to several other characters. Contrasting Annie with Jessica and Valerie, and placing the site of Annie’s triumph by the same stagnant pool that contained Jessica’s body, tells us that Annie can bring life back to a blighted place.

True to her genre, Annie is a modified version of the damsel in distress. She is an outsider, mistrusted by the good Christian folk that surround her. Yet she is also valued: residents, mostly women, come to her for counsel. She becomes the witch that is avoided and feared by day, yet sought after and respected by night. Blanchett’s reddish hair signifies her outsider status, and hints to the superstitious that she has some favor with the Devil. Her hair takes a blonder appearance in daylight, darkening to deep red in the nighttime sequences (and in daytime scenes in which she has her visions, most notably in her first premonition of Jessica’s death). Though the day/night dichotomy is not used for her readings, it becomes interesting visual shorthand: that her status as an outsider and reason for that status grow stronger at night. 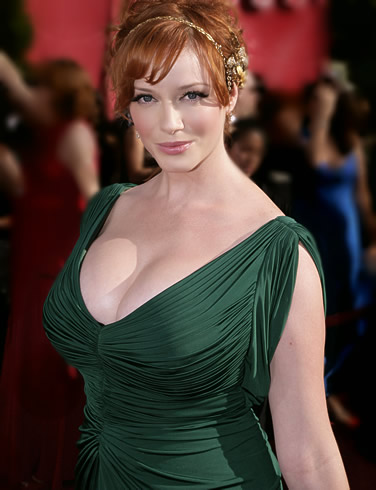 Annie is a witch, but the source of her power is benign in nature. (The supernatural in The Gift, though frightening, is a positive force while evil has strictly human origins.) Her role as Mother is clear throughout: in the first scene of the movie, she tells a client kindly but firmly to see a doctor. In the second scene, she puts her three boys to bed. Later, she wears a “#1 Mom” shirt in the pivotal scene in which Jessica’s father enlists her help to find his missing daughter. Though Buddy states that he loves Annie, it is obvious that his love is filial. He tells her near the end that: “You’re the soul of this town, Mrs. Wilson.” As the mother is the soul of the family, so too is she the mother of her town. The fathers in the film, which, to a man, are either absent, ineffectual or abusive, throw Annie’s maternal importance into sharp relief.

Buddy, though not part of the initial investigation into Jessica’s disappearance and then murder, is nonetheless important. Like Annie, he takes a staple of Gothic literature and inverts it. In this case, he appears as the Champion, but he is suicidal, deranged and possibly homicidal. He lives in terror of what seems like superstition, asking of Annie early on, “If I look into a blue diamond and I think a negative thought, am I gonna die?” The revelation of the horrible truth behind this fear is a significant turning point in the film.

Standing in opposition to Mother and Champion is Donnie Barksdale, the prototypical Southern Gothic Grotesque. Unlike the traditional Grotesque, the Southern Gothic version is usually marked by interior, rather than exterior, ugliness. He makes racist and anti-Semitic comments, threatens a single mom and her preteen children and, of course, beats his wife. His every scene carries menace, and although Annie deems him “an insecure redneck… not crazy enough to kill anybody,” it is clear that Donnie is capable of mayhem not despite his insecurity, but because of it. His first visit to Annie subverts the very Christianity that he claims to represent when he threatens an accused witch with a voodoo doll. With his pathological need to subjugate the women in his life, he is the destructive masculine in clear opposition to Annie’s nurturing feminine. Metaphorically, he’s a giant dick.

Sam Raimi is aware of the audacious casting of Reeves. In his first scene, we see Reeves only from the back, looming over a delicate Cate Blanchett. We hear his voice at least a minute before we see his face, the California surfer-speak hidden behind a far more sinister drawl. Raimi repurposes Revees’s dead eyes to show a man untouched by morality. Reeves’s tendancy to underplay every scene works to good effect, lending a chilling air to the scenes in which he threatens bloody vengeance on our heroine.

Which brings me to the topless scene. In the interests of full disclosure, don’t rent the movie just for topless Holmes. Yes, you see them and yes, they’re reasonably impressive, but the scene is about as erotic as a rectal exam from Bill Kristol. Raimi was entirely aware of the fallout of America’s Sweetheart (Holmes was high in the running for that title when the film came out in 2000) going topless for a role. He placed the scene in the context of a horrific murder to fuck with us. This is why I will always love Sam Raimi, even if Spider-Man 3 was nearly unforgivable.

On the subject of the web-slinger, this was Raimi’s last movie before he hit the A-list with Spider-Man. Rosemary Harris (Aunt May) shows up in a cameo, while JK Simmons (J. Jonah Jameson) is the local sheriff who Annie must win over for legitimacy. Check out The Gift as a great example of Southern Gothic Horror and a bad example of nudity. It’s a solid and underrated entry into one of my favorite genres.

Author, mammal. www.captainsupermarket.com
View all posts by Justin →
This entry was posted in Projected Pixels and Emulsion and tagged blue diamonds, Keanu Reeves, Now Fear This, Southern Gothic, The Gift. Bookmark the permalink.

8 Responses to Now Fear This: The Gift