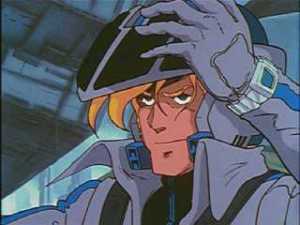 For people of a certain age, it was a pivotal moment in their television childhoods. In the previous episode, Rick Hunter had a fever dream/clip show which illustrated to him the problems of Minmay. Once recovered, Roy Fokker comes to his hospital room with Rick’s subordinates to see how the guy is doing. Seeing that Rick came out of the fever dream/ clip show depressed, Roy goes to the set of the movie Minmay is shooting and convinces her to visit with Rick.

Following that, he’s ordered to scramble because enemy ace Miriya wants to challenge human daredevil Max Sterling. During the attack, he’s injured, but he believes it to be minor. When he returns to base, the flight crew finds pool of blood in his cockpit. Cut to Claudia Grant’s quarters. She’s making the pineapple salad Roy had requested earlier (don’t ask) while he absently strums on a guitar. He slumps over and we learn he’s lost to much blood. Roy dies.

In between He-Man and the Masters of the Universe and The Challenge of the Go-Bots, Roy Fokker died and Robotech was forever etched into my mind. 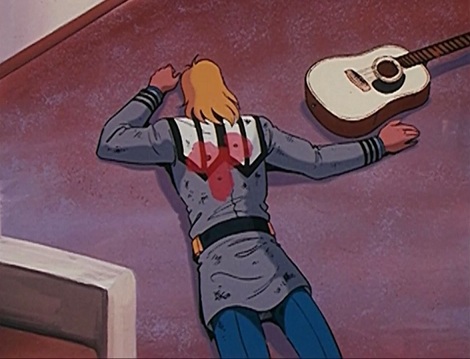 Note: When this first aired, the shot of Roy’s back was omitted. They held on a shot of the salad instead.

I mention this because Carl Macek, the producer that shepherded the series, passed away over the weekend. Since Robotech probably factors heavily into my desire to write back in the formative years, now is a good a time as any to talk about it.

BUT FIRST! Let’s clear one thing up. I like Super Dimension Fortress Macross — the Japanese anime series which constitutes the first 36 episode of Robotech. I like Hikaru Ichijo. I like Misa Mayase. I like Claudia La Salle and Captain Global. I like Minmei (who is more appealing than Minmay, her American counterpart). If a straight translation of Macross had been made available to me in 1985, I’d like it even more … but that wasn’t feasible at the time. Instead, it merged with two other anime series and became Robotech. Its effect was seismic and because I was there when it first aired, I will always love the American version slightly more. I know there is a group who wish Robotech would vanish in favor of the pure Macross experience, but the die has already been cast.

As I mentioned in the tirade above, Robotech was the compilation of three unrelated anime series from Japan: Super Dimension Fortress Macross, Super Dimension Calvary Southern Cross, and Genesis Climber Mospeada. Combining the series was an act of practicality. In the early 80s, a show like Macross could only be distributed through television syndication. At the time, a daily show had to consist of at least 65 episodes. The three shows were chosen because they do more or less weld together (with a little bit of creative editing). The Macross portion builds the foundation of elements that tracks into what became the 85 episode epic of Robotech.

In its driest explanation, Robotech was a multigenerational saga of humanity’s conflict with alien invaders as they wrestle to control a fantastic source of energy. In each time period, we are introduced to young men and women fighting menaces from beyond the solar system; namely: the Zentraedi, the Robotech Masters, and the Invid. In each storyline, there is a star-crossed lovers subplot and an ultimate communication between the cultures which either saves both sides or sees the aliens utterly devastated. Each segment has a clear beginning and end. Also, each piece was more sophisticated than He-Man and its endless running cycles.

Surrounded by more cartoonish action shows, the depictions of human relationships, death, and the effects of war were pretty profound. I think that’s why the kids who were there tend to recall the show with fondness. Where other Japanese imports would either completely cut character deaths or commission new material to explain that everyone in a devastated city was rescued, Robotech tended to keep things in tact. The overwrought narrator tells us most of the Earth’s population was killed when the Zentreadi firebombed the hell out of it. There’s even a scene where a little girl and a solider get vaporized from the blast — and it aired during the afternoon cartoon block! While none of this material is as graphic as the shows that would be reshaped for American audiences as Battle of the Planets or Voltron, it made it to broadcast without sugar coating the issue.

On Voltron, the character Sven makes a similar exit to Roy, but where Roy is definitively ended, Sven is simply written out and the animation of his death altered:

In the first episode of Tranzor Z — the Americanized version of Mazinger Z — the main character’s grandfather dies, but that moment is quickly brushed aside as there is giant robot action to do. Then there’s the staggering differences in Science Team Gatchaman and its Americanized counterpart Battle of the Planets, in which the often-graphic violence of Gatchaman is omitted entirely by cutting away to new animation of a robot assuring the audience that everything is fine.

It’s also interesting to note Fokker’s death is not written as a moment of heavy action. He dies in relative safety and in a somber mood. It’s not meant to evoke a visceral thrill. This is really a credit to the planners of Macross that they give you the first major death in such a slow and “unheroic” way. There was a time when I thought Roy died like a punk. In Do You Remember Love? — the feature film retelling of Macross — Roy dies when his Valkyrie explodes on a Zentradi (note the spelling difference) ship. He flew into battle drunk and his death allowed Hikaru and Misa to escape from the aliens. It’s pretty badass, but it is also a smaller death.

In the series, you get to feel the loss of Roy Fokker, and this is probably why his death is so remembered. The point of his death was to illustrate loss. The subsequent episode has Rick and Claudia dealing with the loss. It’s talked about. They both have memories.

Interestingly, the two never talk to each other about it. They both suffer in silence and never really find resolution. Dare I say that it is realistic? 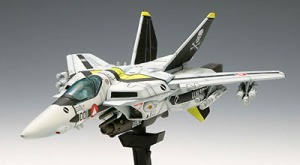 Rick is promoted and takes over Roy’s Skull Squadron, he also flies Roy’s Skull One into the episode’s fight scenes. Just when everything seems back to status quo, Rick’s subordinate and friend Ben Dixon bites it, screaming into a fiery death. I’d be hard-pressed to think of another American cartoon that hits you with a one-two punch about death, illustrating both the loss and suddenness of it all. Keep in mind this aired in 1985 and there was no uproar about it. We were allowed to receive it without warning, we accepted it, and we learned.

Robotech was special in a lot of ways. Sure, it had some awful voice acting and a mostly unnecessary and overbearing narrator, but there was a quality to the material that can be credited both to the original writers and planners of its component series, but also to Carl Macek for choosing not to lose the weightier aspects of the story. It may seem small now that importing anime is a multimillion dollar business and based in preserving the source, but at the time it was true thing in the land of toy commercials.

Erik Amaya is the host of Tread Perilously and the former Head Film/TV writer at Bleeding Cool. He has also contributed to sites like CBR, Comics Alliance and Fanbase Press. He is also the voice of Puppet Tommy on "The Room Responds."
View all posts by Erik →
This entry was posted in Projected Pixels and Emulsion and tagged anime, importing, Macross, Robotech, Roy Fokker, SDF-1, translation. Bookmark the permalink.